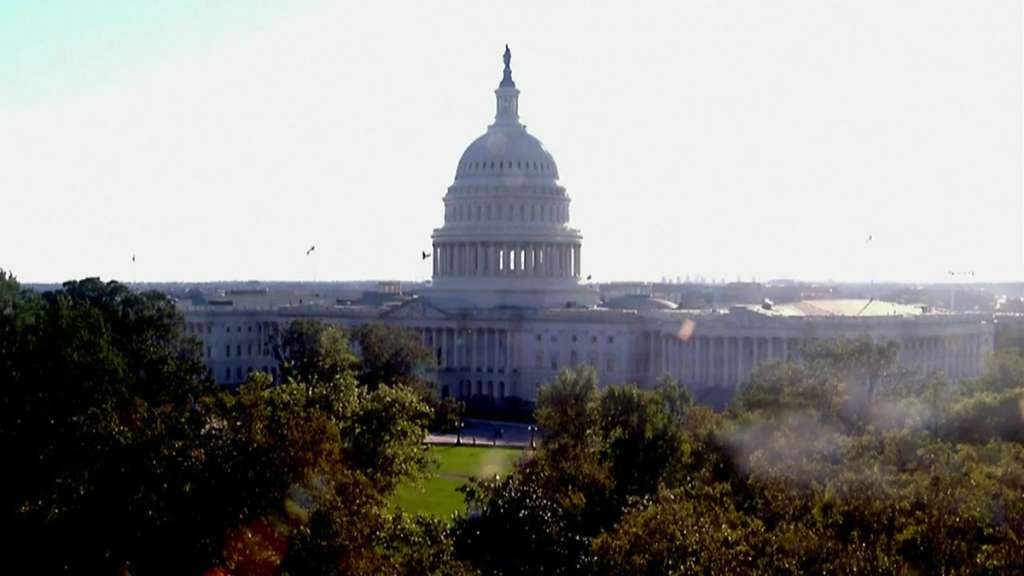 (CNN) — The federal government faces the threat of shutting down Friday at midnight, despite an announcement from congressional leaders Thursday of an agreement to extend funding into February, because Republican senators are objecting to President Joe Biden’s vaccine mandate.

Key negotiators from both parties announced a plan Thursday morning that would keep the federal government funded, but due to Senate rules governing procedure, all 100 senators would need to agree in order to quickly pass the plan before Friday, and a handful of GOP senators are standing by their threats to delay the process over the vaccine rules.

LIVE UPDATES: Tomorrow is the deadline to avoid a government shutdown

But a group of Senate Republicans have repeatedly threatened throughout the week to delay passage of the continuing resolution over the Biden administration’s rule that requires employers with 100 or more employees to ensure their employees are fully vaccinated against Covid-19 or undergo regular testing and wear face masks in the workplace.

While lawmakers are confident that they can ultimately prevent a prolonged shutdown, a brief shutdown over the weekend, or extending into next week, remains a possibility.

Republican Sen. Mike Lee of Utah was the latest member of the GOP conference to say Thursday afternoon that he’ll object to quick passage of the resolution.

“The only thing I want to shut down is enforcement of an immoral, unconstitutional vaccine mandate,” Lee said in Senate floor remarks.

Republican Sen. Roger Marshall of Kansas also stood by his opposition, saying he would object to an effort to quickly pass a stopgap bill to keep the government open unless he gets an amendment vote to defund the Biden vaccine mandate on businesses at a 51-vote threshold.

“Shutting down the government is worth saving the jobs in Kansas,” he said.

Asked if he would object to a vote to pass the stop-gap if the amendment vote was set at a 60-vote threshold, Marshall said, “That’s where I’m at today.”

The 51-vote margin is important because it puts the amendment in striking distance of passage. Moderate Democratic Sen. Joe Manchin of West Virginia would not rule out backing such an amendment, saying he backs mandates on federal employees but is “less enthused” by mandates on the private sector.

Texas Republican Sen. Ted Cruz also did not rule out holding up the continuing resolution over vaccine mandates when he spoke to CNN on Wednesday.

Asked whether he thinks the Senate will swiftly take up the continuing resolution once it passes the House, averting a shutdown, Senate GOP Leader Mitch McConnell told reporters Thursday morning, “I sure hope so.”

“We’re not going to shut the government down,” the top Republican said in an interview on Fox News, adding “That makes no sense for anyone. Almost no one on either side thinks it’s a good idea.”

Republican senators told CNN they are frustrated that a handful of their members might cause a brief shutdown — a fight they see as unwinnable in Congress.

“We have suggested to them very strongly that that this is not the right direction,” said Sen. Mike Rounds, a South Dakota Republican. “But they have the right.”

Republican Sen. Thom Tillis of North Carolina told CNN Thursday he expects the government will shut down after midnight Friday because some members of his caucus want to force the vote to block the Biden administration’s vaccine mandates.

Tillis said he disagreed with that approach and said his colleagues should not block the bill because “we need to fund the government.”

“I agree with some of the concerns on the vaccine mandate, but the court has enjoined it, the Biden administration is changing it. We’re gonna vote on a resolution of disapproval next week,” he said. “We’re going to get an opportunity to vote on things that I believe the majority of Americans agree with.”

Rounds also criticized Senate leadership in both parties for allowing the funding fight to go until the last minute, giving leverage to any one senator to derail action.

“As long as the leadership allows themselves and the rest of us to be wedged, individual senators are going to be able to do that,” Rounds said. “We need to be getting our work done on time. It does not show us as being stable. And it’s a terrible example — not just for the citizens in this country — but to the rest of the world as well.”

Schumer expressed optimism over the deal, calling it “a good compromise that allows an appropriate amount of time for both parties in both chambers to finish negotiations on appropriations.”

Schumer said he hopes the House will pass the stopgap measure by the end of Thursday. But referencing how some Republicans could refuse to consent to a quick vote, Schumer said, “unfortunately it seems Republican dysfunction could be a roadblock to averting an unnecessary and dangerous government shutdown.”

He added, “Let’s be clear: if there is a shutdown, it will be a Republican anti-vaccine shutdown.”

House Appropriations Committee Chairwoman Rosa DeLauro, a Connecticut Democrat, announced the latest plan, which would go through February 18, and the House is expected to vote as soon as Thursday.

Sen. Richard Shelby of Alabama, the top Republican member of the Senate Appropriations Committee, also said negotiators had reached a deal, though his announcement made no mention of Republican objections over the vaccine mandate.

“I’m pleased that we have finally reached an agreement on the continuing resolution,” Shelby said in his statement.

Separate from the vaccine issue, Democrats had wanted to extend funding only into January, a concession DeLauro acknowledged in her statement.

“To build pressure for an omnibus, the CR includes virtually no changes to existing funding or policy (anomalies),” DeLauro said in the announcement. “However, Democrats prevailed in including $7 billion for Afghanistan evacuees. The end date is February 18. While I wish it were earlier, this agreement allows the appropriations process to move forward toward a final funding agreement which addresses the needs of the American people.”

The Biden administration issued a statement Thursday morning that said it “strongly urges swift passage” of the continuing resolution to fund the government through February 18.