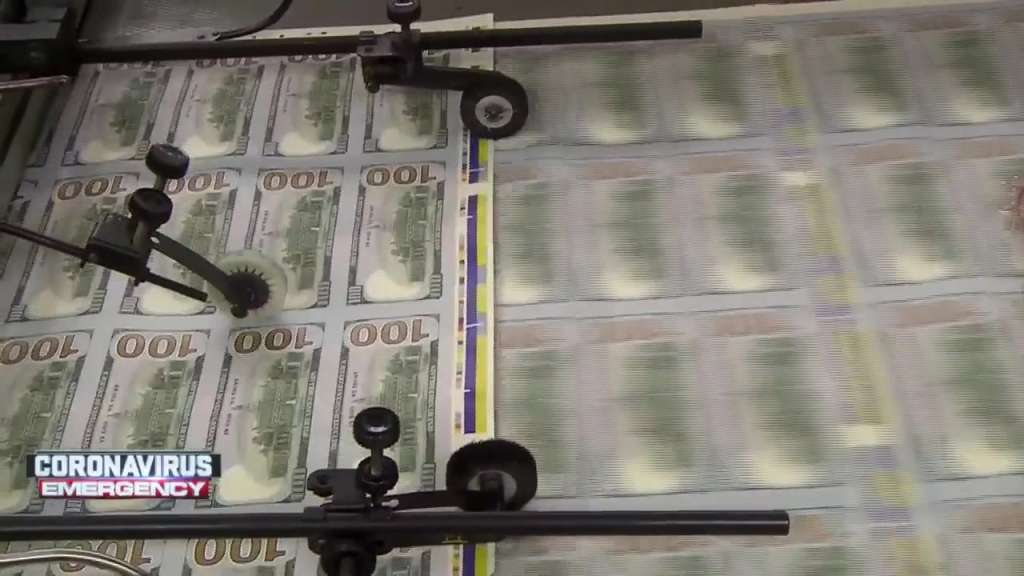 County commissioners in parts of Massachusetts where they still exist are used to managing relatively modest budgets, using funds collected through local taxes and fees to maintain courthouses, support regional schools or to manage pensions for employees.

But with $1.3 billion earmarked in the federal stimulus law for counties around the state, this vestige of local government in Massachusetts is about to become flush with cash, creating an unprecedented dilemma for some county officials: Do we keep the money and try to spend it or give it to someone else?

“All the stakeholders are looking for more clarity. I’m advocating for a real close look at this to determine what is the best way for the counties to approach this,” said Norfolk County Treasurer Michael Bellotti.

Norfolk County has an annual budget of about $32 million, but some estimates of the “American Rescue Plan” show the county in line to receive $137 million in relief funding that would have to be spent by the end of 2024.

“They’re trying to figure out what this means and what are the strings attached to this money,” Bellotti said, referring to Norfolk’s three county commissioners.

Unlike in other parts of the country where counties are an integral part of the local government ecosystem, in Massachusetts the county lines are more geographic than jurisdictional. Only six of the state’s 14 counties still have a government apparatus, and residents of those counties mostly depend on the state or their city or town to deliver services.

“For some counties, it would clearly makes sense to pass off the money to cities and towns,” said Geoff Beckwith, executive director of the Massachusetts Municipal Association.

Still, many counties are waiting to learn more from the U.S. Treasury about how the stimulus money can be spent before deciding whether to keep it, give it to the state, or funnel it straight to municipalities.

“I think people are looking at this as a little bit of a political hot potato,” said one county official, who requested anonymity to freely describe the nature of the discussions occurring around the money.

Plymouth County, along with the city of Boston, decided last spring to keep nearly $91 million in funding from the CARES Act rather than turn it over to the state, as requested by the Baker administration. It was a controversial decision at the time, but through mid-February the county had dispersed more than $27.6 million to its cities and towns for reimbursable COVID-19 expenses and has until the end of the year to spend the rest.

“This bill is a lot more broad and generic than the CARES Act and the guidelines have not even been issued yet,” O’Brien said. “We’ve agreed we need to see what the rules will be before we decide whether to get involved in administering those resources.”

Beckwith said the MMA has been reaching out to municipalities in the six counties with a functioning county bureaucracy to encourage them to begin a dialogue with county commissioners about how the money should be spent.

“In many cases, it would be much more efficient for the funds to be shared with municipalities to augment and extend what they’re doing as opposed to creating a whole new service delivery method,” Beckwith said.

In Massachusetts, cities, towns and counties are in line to receive more than $3.4 billion in relief funding on top of the $4.5 billion going directly to the state and $1.8 billion for local schools from the latest stimulus bill.

Of that funding, roughly $1.3 billion is earmarked for counties and the remaining $2 billion goes to cities and towns on either a per capita basis or based on the federal Community Development Block Grant funding formula.

The state’s Congressional delegation made sure that in the final relief bill it was clear that funding set aside for counties that no longer exist would be distributed to the cities and towns in the geographic county on a per capita basis. In Massachusetts, that amounts to $942.1 million.

“We’ve urged and encouraged our local officials to immediately start to have these conversation with their county officials. It will be very important for the funds themselves to show up in the community on the ground to invest in the recovery and to invest in immediate needs,” Beckwith said.

Some counties are more active than others in providing services to their cities and towns, according to Beckwith. On Cape Cod, for instance, Barnstable County runs a central purchasing operation for communities on the Cape and during the pandemic the county’s public health department has been active in standing up COVID-19 testing and vaccination clinics.

In the case of Nantucket County, county commissioners also constitute the select board and their only territory is the island of Nantucket, making the decision regarding who should control the funds easier. Nantucket County is due to receive $2.21 million, according to the MMA, on top of the more than $1.12 million headed to the town of Nantucket.

“Many don’t deliver services to the public and they don’t even deliver that many services to the local governments. But some counties actually are delivering services and work more in concert with municipalities, so the discussions on the ground will likely be different from county to county,” Beckwith said.

The Massachusetts Taxpayers Foundation, in its analysis of the “American Rescue Plan,” said that stimulus funds must be spent by the end of 2024 on responses to COVID-19 and related economic consequences, government services impacted by loss of revenue due to the pandemic or on investments in water, sewer and broadband infrastructure.

The new House Committee on Federal Stimulus and Census Oversight has a hearing planned for Tuesday where it will begin to explore the many facets of the “American Rescue Plan” and how the money can be spent at both the state and local level.

Bharat Ramamurti, the deputy director of the National Economic Council, is expected to testify and answer questions.

“Under the CARES Act, we knew that our communities would directly benefit from us receiving the funding and that has proven out. With this we just don’t know,” O’Brien said.