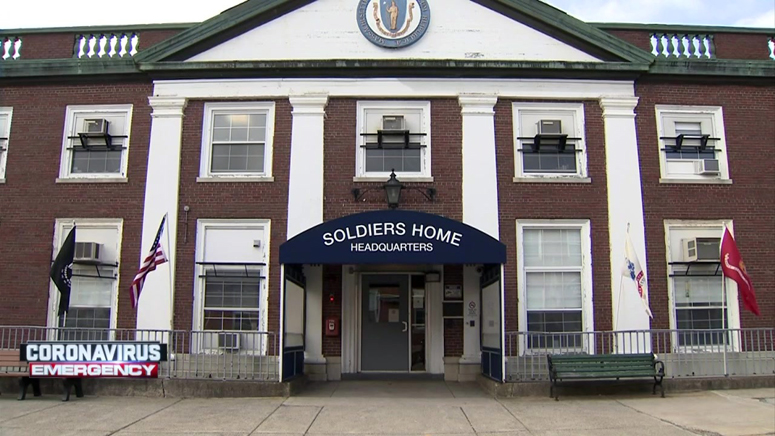 BOSTON (AP) — A resident of a veterans care center in Massachusetts has tested positive for the coronavirus for a second time, state health officials announced Monday.

“A veteran resident of the Soldiers’ Home in Chelsea who was clinically recovered from COVID-19 as per CDC guidance again experienced COVID-related symptoms and was transferred to Cambridge Health Alliance for treatment and tested positive,” according to a statement from the state Executive Office of Health and Human Services, which oversees the facility.

The positive test came back Saturday. The resident had previously recovered from COVID-19 in May.

The long-term care facility for veterans has since taken additional precautions to control further spread of the virus, including testing all residents who live on the same floor as the positive veteran and all staff members the resident had contact with.

No additional cases have been identified.

More than 30 residents of the state-run facility with more than 200 beds have already died the disease.

It’s not the first time a veteran resident of a state-run facility has tested positive after having clinically recovered from COVID-19.

In July, state health officials said a resident of the Soldiers’ Home in Holyoke tested positive for the disease after having previously recovered from COVID-19.

The state-run facility had one of the deadliest outbreaks at a long-term care facility in the country with 76 residents dying from COVID-19 and dozens of other residents and staffers sickened.

Housing advocates are pressing state lawmakers in Massachusetts to take action on a bill they said would extend protections for tenants facing eviction due to the coronavirus pandemic.

The initial pause on evictions and foreclosures in Massachusetts took effect in April and was scheduled to expire Aug. 18, but was extended until Oct. 17.

Landlords have sued the state, calling the eviction ban unconstitutional, arguing that it restricts their free speech and their ability to acquire compensation for unlawful land taking. A federal judge has indicated he would let the ban stand.

The bill being pushed by housing advocates would ensure tenants cannot be evicted because of missed rent if the nonpayment was due to COVID-19, giving them time to get rental arrearage and other assistance in place.

It would also prevent “no fault” evictions and rent increases for 12 months following the state of emergency.

The measure would continue to guard against foreclosure and strengthen forbearance protections, allowing homeowners and landlords with up to 15 units to pause their mortgage and put missed payments on the end of the loan.

An advocacy group led in part by labor unions is calling on Massachusetts lawmakers to look for ways to increase revenues, including raising taxes, before making budget cuts they said would hurt the state’s COVID-19 recovery.

In a letter to lawmakers Monday, the group Raise Up Massachusetts said fighting the coronavirus, tackling racial inequities, and providing relief for the damage COVID-19 has had on families and businesses should be the Legislature’s top priorities.

The group said budget cuts will only worsen the effects of the economic downturn.

“As lawmakers, you have a choice: you can let deep budget cuts drive us deeper into a recession that deepens racial inequities, or you can invest in public services that improve public health, grow our economy, and reduce racial inequities,” the group said in the letter.

The group has successfully pushed for paid family and medical leave and increases in the state’s minimum wage in recent years.

The seven-day weighted average of positive tests was less than 1%. The true number of cases is likely higher because many people have not been tested, and studies suggest people can be infected and not feel sick.

There were nearly 370 people reported hospitalized Monday because of COVID-19, and nearly 70 in intensive care units.