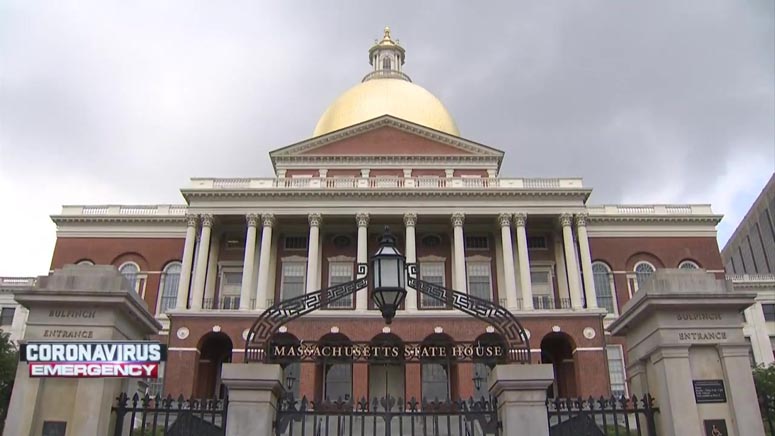 John Schall is sick of shelling out to companies like DoorDash, Grubhub, and Uber Eats — and with more customers ordering food from their smartphones during the COVID-19 pandemic, he wants lawmakers to deliver on a new fee cap that he says would help save the restaurant industry.

Schall, the owner of Cambridge-based El Jefe’s Tacqueria, held a press conference on the State House steps Wednesday afternoon to call on the economic development conference committee to agree on a 15 percent cap on third-party delivery fees charged to restaurants.

The House included the cap in their version of the jobs bill, which passed 156-3 on July 28, so Schall is focused on the Senate conferees — Sens. Eric Lesser, Michael Rodrigues, and Patrick O’Connor — to convince them to bake it into the final bill.

He said he’d heard from Sens. Sal DiDomenico and Patricia Jehlen earlier Wednesday who told him “they were doing everything they could” to make sure the fee cap is incorporated into the final jobs bill.

Schall was joined by Sean Ryan of Otto Pizza, who said the current delivery model “isn’t sustainable,” and Cambridge City Councilor Patty Nolan who said the council had sought to cap fees within Cambridge city limits but ultimately the change will need to come from the State House.

Gov. Charlie Baker answered a question about the proposed cap Wednesday with a question of his own.

“Honestly…I don’t know much about that issue,” Baker said. “…I mean, the biggest question in my mind on this would be, does it help or hinder the ability of takeout? Because I think takeout has turned out to be a pretty important and pretty valuable tool, along with curbside delivery and pickup and all the rest, and bottles of wine to go, and outdoor dining and all that other stuff, to give restaurants that are playing a really difficult hand the ability to serve customers.”