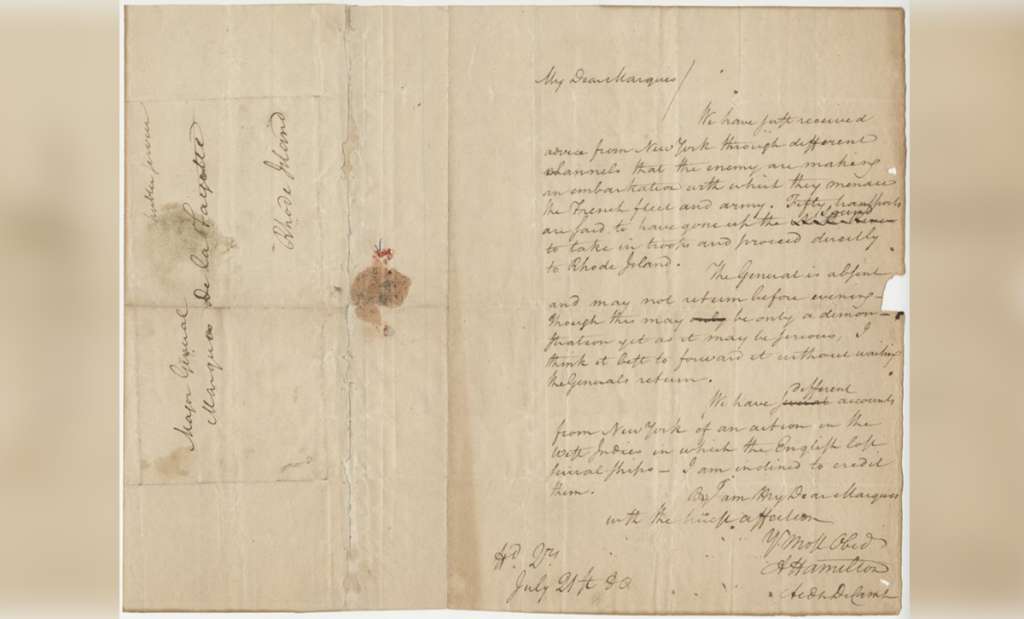 A Revolutionary War letter from Alexander Hamilton to the Marquis de Lafayette is back in the Massachusetts Archives in the wake of a federal court ruling last week, more than 75 years after it was believed to have been stolen. Hamilton wrote the letter in 1780, in his role as aide de camp to Gen. George Washington, and it was forwarded to the president of the Massachusetts Council with a request for troops to be sent to support French allies.

According to Secretary of State William Galvin’s office, the letter was allegedly stolen by a former archive employee sometime between 1937 and 1945.

The document became the subject of a legal battle in 2018 after the death of a man who had it in his possession and whose family said it was purchased “in good faith” in 1945.

A Virginia auctioneer contacted the Massachusetts Archives and after learning the archive had deemed it stolen, notified the FBI, according to Judge Bruce Selya’s ruling for the U.S. Court of Appeals for the First Circuit.

“When he wrote a letter to the Marquis de Lafayette on July 21, 1780 (the Letter), warning of imminent danger to French troops in Rhode Island, Hamilton scarcely could have imagined that it would some day become the focal point of a civil forfeiture action,” the ruling said. “But truth often outpaces imaginings, and — after the Letter was seized by the Federal Bureau of Investigations (FBI) from a fine antiques auctions house in Virginia — the United States (the government) filed just such a forfeiture action the United States District Court for the District Massachusetts.”

The court ruled Hamilton’s letter is a historic public record, owned by the state. Galvin’s office said it expects to display the letter in the Commonwealth Museum for future events, including Independence Day celebrations.