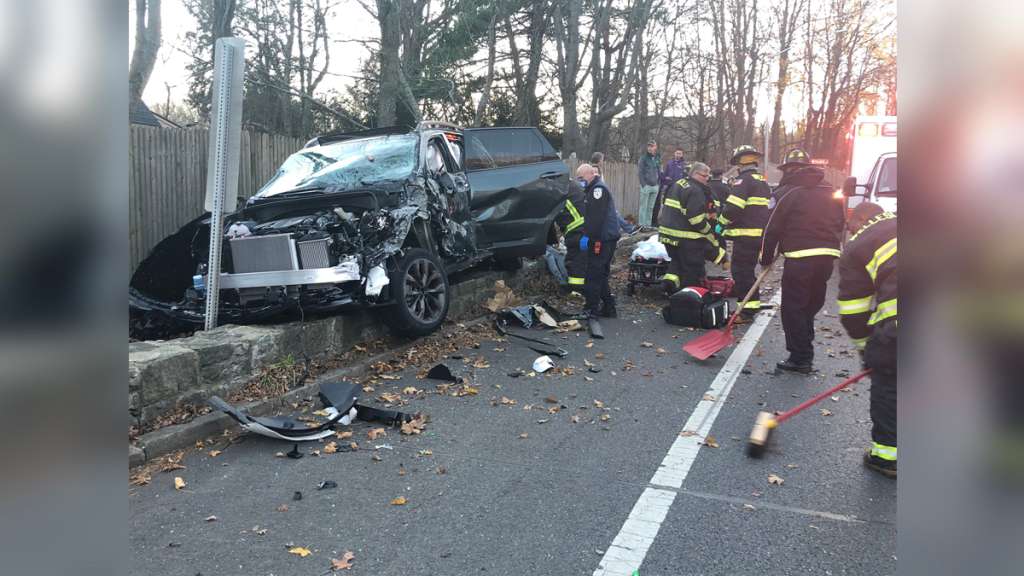 Emergency crews were called to the scene near the intersection of Route 9 and Standish Road around 4 p.m. found one car perched on top of a stone wall, according to a post on the police department’s Twitter page.

Injuries were reported though it is not clear who war hurt nor how severely.

The road was closed for a short time as crews worked to clear the scene of debris.