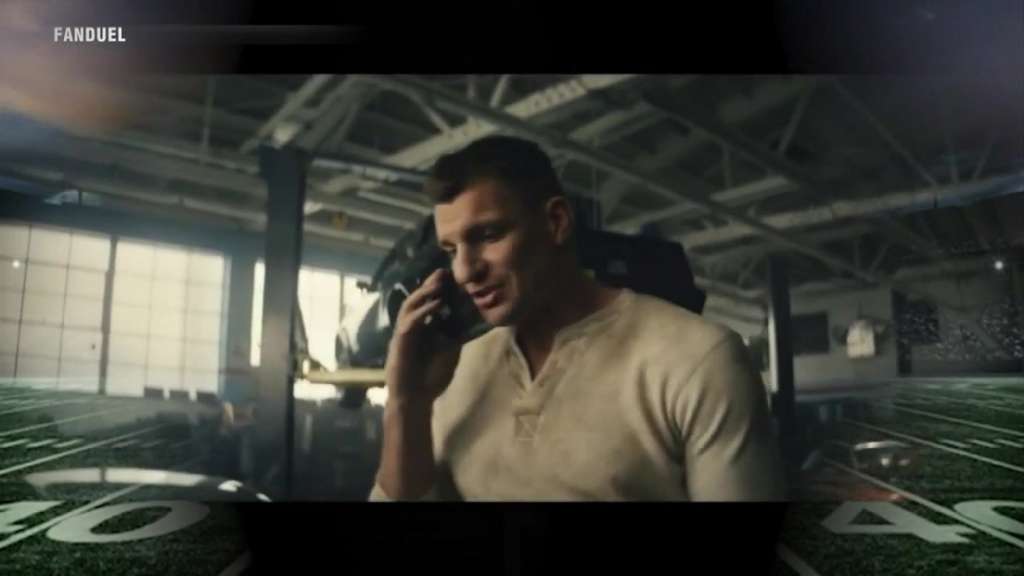 Rob Gronkowski is returning to the Super Bowl this year to star in a live commercial for the online betting site FanDuel.

The former Patriots and Buccaneers tight end will attempt to make a field goal live on air during the big game on February 12.

Even though Gronk has been in the Super Bowl, the stakes are high for the ad. If he scores, anyone who places a Super Bowl bet of five dollars or more on FanDuel will win a share of $10 million in free bets.

“I love kicking field goals. I used to practice all the time” Gronk said in an interview with the Associated Press. “This is an opportunity to help my fans out there to win $10 million in free bets, which is mind-blowing.”

Gronk says he has only made on successful field goal in his career – back in high school. So he has been training with former Patriots and Colts kicker Adam Ventierti.

“Everyone knows that I love throwing myself into fun, love tryin gout new ideas,” Gronk added. “Obviously, I can catch a football, why not try to kick a field goal?”

Gronk still isn’t saying if he will officially return to the NFL next season.