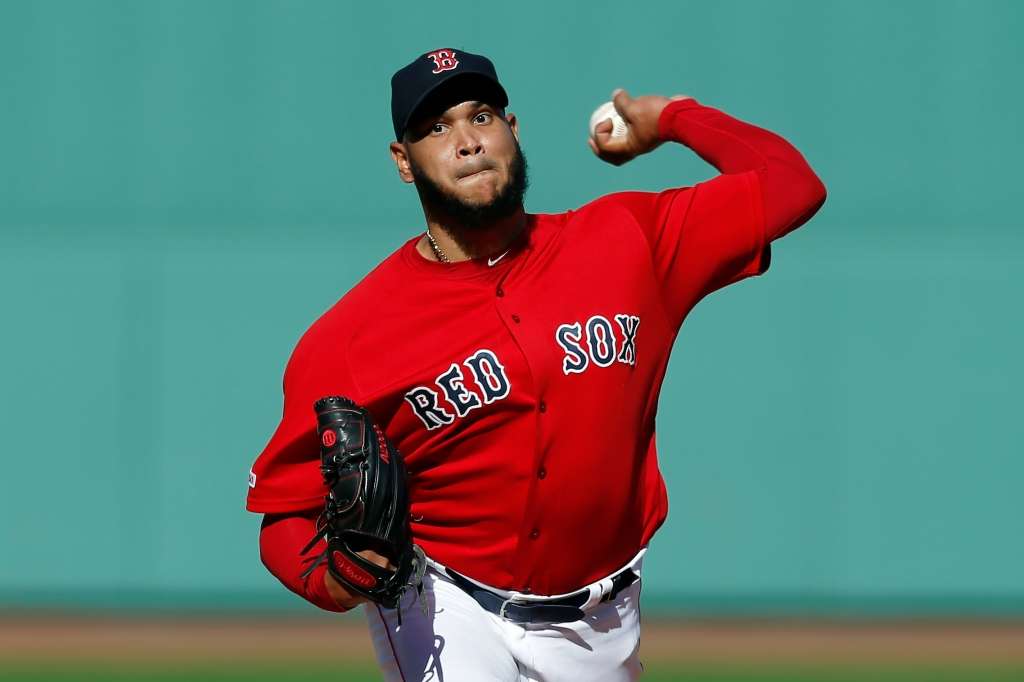 FILE - In this Sunday, Sept. 29, 2019 file photo, Boston Red Sox's Eduardo Rodriguez pitches during the first inning of a baseball game against the Baltimore Orioles in Boston. Boston pitcher Eduardo Rodríguez argued his case Wednesday, Feb. 12, 2020 asking for a raise to $8,975,000 rather than the $8.3 million offer of the Red Sox. A right-hander who turns 27 in April, Rodríguez was a career-best 19-6 with a 3.81 ERA in 34 starts last season, when he made $4,325,000. He is eligible for free agency after the 2021 season.(AP Photo/Michael Dwyer, File)
Associated Press

BOSTON (AP) — The Red Sox and left-hander Eduardo Eduardo Rodríguez have avoided arbitration by agreeing to a one-year deal worth $8.3 million.

The agreement was announced Tuesday, a day before the deadline to offer contracts to unsigned players on 40-man rosters.

Rodríguez missed all of last season because of heart inflammation caused by COVID-19.

The 27-year-old was a career-best 19-6 in 2019 with a 3.81 ERA and was on track to be the opening day starter with Chris Sale rehabbing from Tommy John surgery.

Rodríguez returned on July 18, but the team said five says later that an MRI revealed an issue that turned out to be the heart condition.

He is eligible for free agency following the 2020 season.