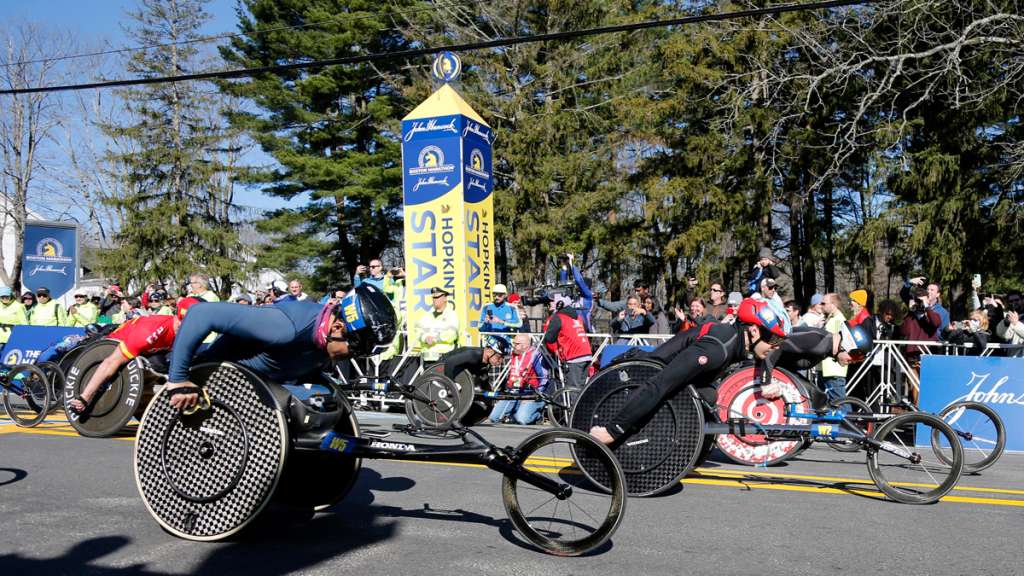 BOSTON (AP) — A pair of familiar faces made it to top of the winner’s stand in the wheelchair division of the 126th Boston Marathon.

In the women’s race, Switzerland’s Manuela Schar won her second straight Boston crown and fourth overall, crossing the line in 1:41:08. She was followed by American Susannah Scaroni in 1:46:20 and Australian Madison De Rozario in 1:52:48.

The 23-year-old Romanchuk led for 23 miles of the 26.2-mile course, besting a field that didn’t include defending champion and five-time Boston winner Marcel Hug, who withdrew hours before the race for unspecified reasons.

Romanchuk previously won the Boston race in 2019 when he became the first American since 1993 to win the title. He finished third in the New York Marathon in November and second in the first fall edition of the Boston event last year.

Schar led the women’s field throughout. Her win comes on the heels of the 37-year-old’s victories in Berlin in September and London in October.