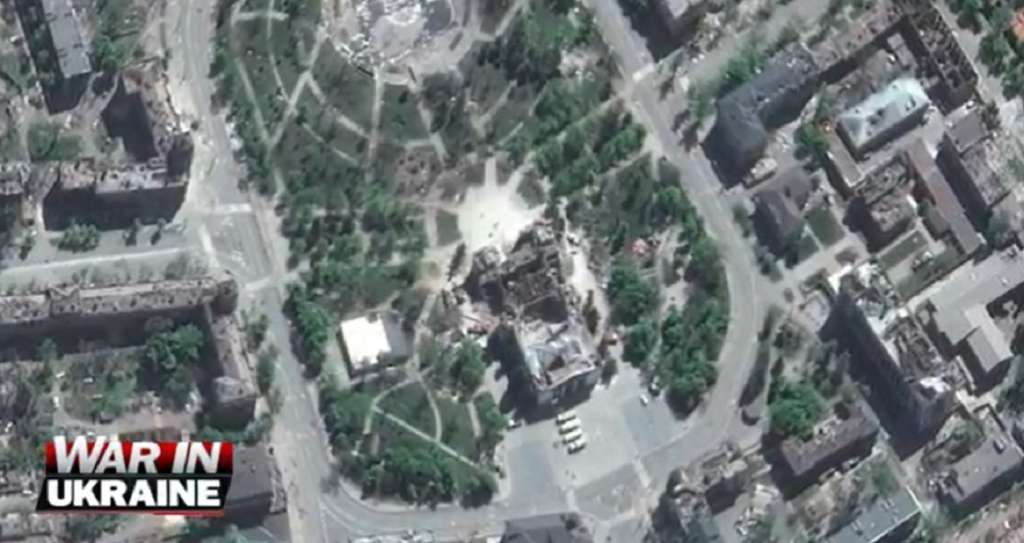 A Russian strike has destroyed a school in the village of Bilogorivka in Ukraine’s Luhansk region, one of two that make up the Donbas industrial heartland.

Video released by the Luhansk military administration showed emergency services personnel amid the burning ruins of the building on Sunday.

An unidentified person can be heard saying that at least 57 people had been inside and that only seven managed to escape.

According to the governor of the Luhansk region, up to 90 people had been seeking safety in the basement of the school at the time of the Saturday’s strike.

The Associated Press had no means of clarifying the discrepancy in numbers.

The emergency services reported that two bodies had been found and more could still be buried under the rubble.

The most intense fighting in recent days has been in eastern Ukraine, where the two sides are entrenched in a fierce battle to capture or reclaim territory.

Moscow’s offensive there has focused on the Donbas, where Russia-backed separatists have been fighting since 2014.

Getting a full picture of the unfolding battle in the east has been difficult because airstrikes and artillery barrages have made it extremely dangerous for reporters to move around.

And both Ukraine and the Moscow-backed rebels fighting in the east have introduced tight restrictions on reporting from the combat zone.