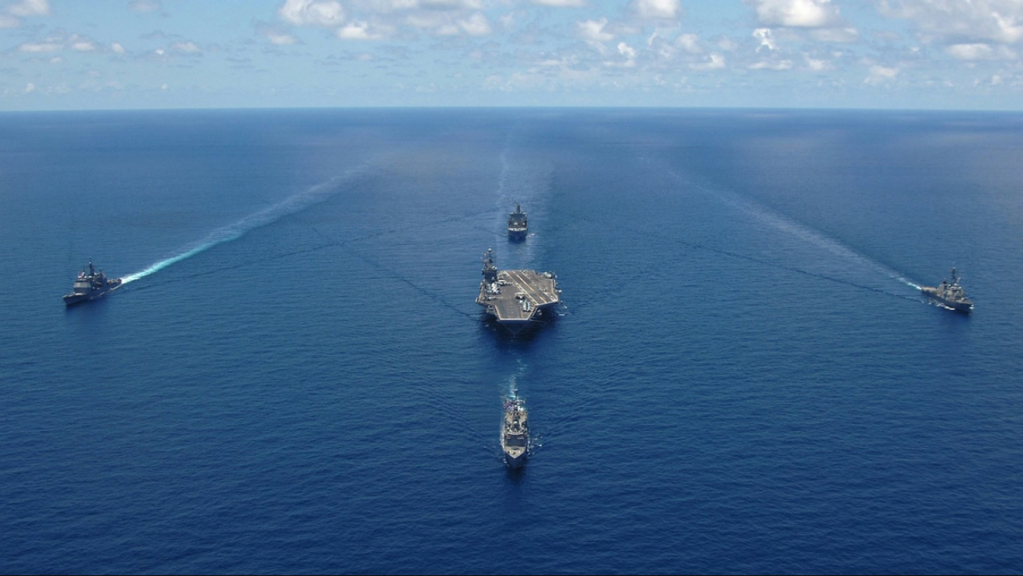 (CNN) — The commanding officer stood before the sailors of the USS George Washington’s security team. One of their own, Xavier Sandor, had taken his life a few weeks earlier in mid-April, and the captain had come down to speak with the 110 or so young men and women who worked closely with him.

The conversation with Capt. Brent Gaut lasted two hours, according to four sailors in attendance who spoke with CNN. In it, Gaut acknowledged what the sailors had felt for months. He said the crew had moved back onto the aircraft carrier too soon, the sailors recalled, but it was too late to go back.

Another sailor told CNN Gaut spoke over the shipwide speaker system, known as 1MC or 1 Main Circuit, about two months ago and said the ship, which had been undergoing major maintenance, wasn’t ready for sailors to move aboard when the process began last summer. But he said, “There’s no turning back now. We can’t reverse course.”

CNN has reached out to the Navy for comment on Gaut’s remarks.

The situation on the aircraft carrier came to national attention when three sailors died by suicide in one week last month. But twelve current and former crewmembers of the George Washington who spoke with CNN, painted a disturbing picture of a ship with myriad issues, including what many said were terrible accommodation standards on the vessel which was effectively a construction site, concerns over the quality of food and a sense that leadership was not tackling the problems and dismissing complaints.

But they weren’t the only deaths on the carrier as it remained docked at the Newport News shipyard. The nuclear-powered aircraft carrier has been going through its mid-life refueling and overhaul process since the summer of 2017. The process, initially expected to last four years, has been delayed multiple times until at least March 2023, the Navy said.

‘Awful’ conditions
The sailors who agreed to speak with CNN all said the ship was uninhabitable. Sailors began moving aboard the carrier about one year ago, after the ship had already been in its refueling and overhaul process for four years and was supposed to be ready to accommodate parts of the crew. Even after years of work to prepare the carrier for its next deployment, the ship remained a construction zone around the clock. Often, the challenges of life on the ship hit the youngest sailors hardest.

“I was ready for a sh*tty situation, but I had no idea it would be in the yards,” one sailor currently assigned to the George Washington told CNN. Most of the sailors spoke on condition of anonymity, fearful of the consequences of speaking out to their own careers in the Navy or those of their friends.

In the past 12 months, the crew of the USS George Washington has suffered seven deaths, of which at least four are by suicide, the Navy said. Xavier Sandor, who worked in security on board the ship, according to those who knew him, took his own life on April 15th, the third suicide in one week amongst the crew.

Sandor’s father, John Sandor, said his son was proud to join the Navy right out of high school, following in his grandfather’s footsteps. But Xavier once told his father the conditions on the ship were “awful.”

“How do you sleep on an aircraft carrier with jack hammering and smokes and smells during the day?” asked John Sandor, demanding an explanation. “He would sleep in his car. No sailor should even have been living on that ship in those conditions.”

The suicides become a tragic reality of the carrier, sailors told CNN, instead of an aberration. “I wasn’t surprised. From being on the ship as long as I have been, that’s something that unfortunately I’ve become accustomed to,” said a second sailor on the George Washington. “I’ve seen it, it’s nothing new.”

On board the ship, it was nearly impossible to find a quiet place to sleep, the sailors said, and the ship suffered constant power outages and lacked hot water. The berthings often lacked ventilation, they said, and the massive metal structure of the vessel amplified the temperature outside until it became unbearable.

“I would wake up in the middle of the night freezing my ass off,” another sailor told CNN. “I lived in my car in the winter, and I still felt it better than my berthing.” The sailor, who says he was 19 years old at the time, was shocked at the conditions on the ship, a far cry from his expectations of what life was like in the Navy. He lived in his car off and on for about 3 weeks, he says, until he become more accustomed to the confines of the carrier.

“This is the very bottom,” he told CNN, speaking of the situation on the USS George Washington.

Crew moved off the ship
Earlier this week, the ship’s commanding officer announced that about half of the more than 400 crew members living on board the carrier would move to temporary housing off the ship. Others who wanted to do the same would also be given the opportunity. The sailors who spoke with CNN all agreed it was the right thing to do.

Asked if the Navy was aware that crewmembers were sleeping in their cars instead of on the ship, a spokesman for US Naval Air Force Atlantic said every sailor is “provided the means to accommodations,” and the Navy will look at whether housing was a factor in the suicides.

“Navy and Congressional leadership have met extensively with the current leadership aboard USS George Washington, and feel confident that the leadership team is working hard — within and beyond their lifelines — to care for the crew,” said Commander Robert Myers in a statement to CNN. “Our current focus is on ensuring that we are providing a safe and healthy environment for our sailors aboard GW, and that the shipboard leadership team has the resources to do so.”

One sailor shared with CNN messages from the ship’s digital suggestion box, where people could flag issues or share ideas. Many of the posts were categorized as “Quality of Life,” and focused on issues like distant parking, low morale or the food. But rarely did anything change, the sailors said.

“The complaints won’t do anything. You just have to suffer in silence,” said a fourth sailor assigned to the ship.

Even a complete meal was sometimes hard to come by, multiple sailors told CNN.

“They would just run out of food, and if they had anything left, it would be — if you’re lucky — a little cereal thing or one little chicken leg that may or not be undercooked,” said the fourth sailor who often worked late-night security shifts.

“Prisoners got better food than what we got in the military,” said a sailor who had recently transferred away from the USS George Washington. The carrier was her first assignment, and she says she developed a drinking problem for a time because of the living conditions.

“This is the most insane environment that I’ve ever had to experience,” she said.

Two weeks ago, Master Chief Petty Officer of the Navy Russell Smith, the service’s top enlisted sailor, visited the George Washington and spoke to the crew. In a statement issued afterwards, he said his visit to the ship was about an “open and honest dialogue” where he wanted to “learn about the difficulties our sailors are facing” and to “understand their concerns.”

But when he told the sailors they should have “reasonable expectations” and that they’re not “sleeping in a foxhole like a Marine might be doing,” some crewmembers were stunned. The fourth sailor from the ship called it a “laughable, offensive speech.”

“That’s not a reason for why we live the way we do,” said the second sailor. “Things can be done to fix what we’re going through.”

Another former sailor assigned to the George Washington called the situation on board “unacceptable,” especially given the resources available to the military to address the living conditions and the quality of life.

“This isn’t Afghanistan where you’re expecting those circumstances,” he said. “This is Newport News, Virginia.”

Investigations
Following the most recent suicides, the Navy opened two investigations. The first, which is expected to be completed soon, looks specifically at the recent deaths on board the ship. The second, broader investigation will examine the command climate and culture at the shipyard in Newport News, including the housing, parking, and quality of life issues.

The Navy is “confident that our comprehensive investigation and assessment into the command climate and various quality of life issues will identify areas for future improvements as well as provide recommendations for immediate action,” said Commander Myers.

The commander of US Naval Air Force Atlantic, Admiral John Meier, said the ship also added more mental health resources, such as a special intervention team and an additional psychologist. Crewmembers aboard the USS George Washington will also have access to tele-mental health resources as well and on-board training for junior sailors.

The increase in mental health resources is long overdue, according to the sailors who spoke with CNN. Though the ship had a clinical psychologist, sailors said they would have to wait months for an appointment.

When Jacob Grella, who spent most of his time in the Navy assigned to the George Washington, found out he was assigned to the carrier, which was a short drive from his family in Richmond, Virginia, he said on Facebook that he was “So Freaking Happy.” But it didn’t take long for his occasional weekend trips home to become a chance to escape from the ship.

Grella said he tried to schedule a visit to the ship’s psychologist during his last year on the ship.

When he did, he was met with “a six-month wait period,” at which point “I would’ve been almost out of the Navy.”

Despite his frustration, Grella and many of the other sailors who spoke with CNN believed that a profound change in the culture and the climate of the ship was achievable.

“I think that’s definitely possible,” he said, “but for that to happen, I think at this point accountability needs to be held for everybody. you need to start looking at what’s causing the setbacks and who’s causing this negative treatment and the mindsets on these poor kids.”