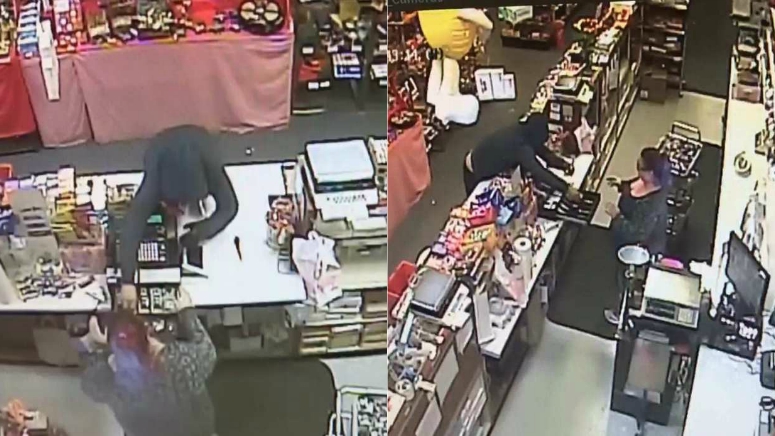 SALEM, N.H. (WHDH) - Salem, New Hampshire police are turning to the public for help identifying a man wanted in connection with an armed robbery Friday night.

Officers responding to a reported robbery at Pearl Candy and Nuts on South Broadway around 7:30 p.m. learned that a man had just brandished a knife, demanded money from the clerk, and fled the area with an undisclosed amount of cash.

The clerk was not harmed.

The suspect is described as a white male who was wearing a dark-colored hoodie with white drawstrings, a black face mask with white fangs, dark pants, and dark shoes with white soles at the time of the incident.

A Salem Police K-9 attempted to track the suspect through the heavily traveled plaza, but police were unable to locate the suspect.

Anyone with information is encouraged to call Salem Police Det. Connor Nolan at 603-893-1911.