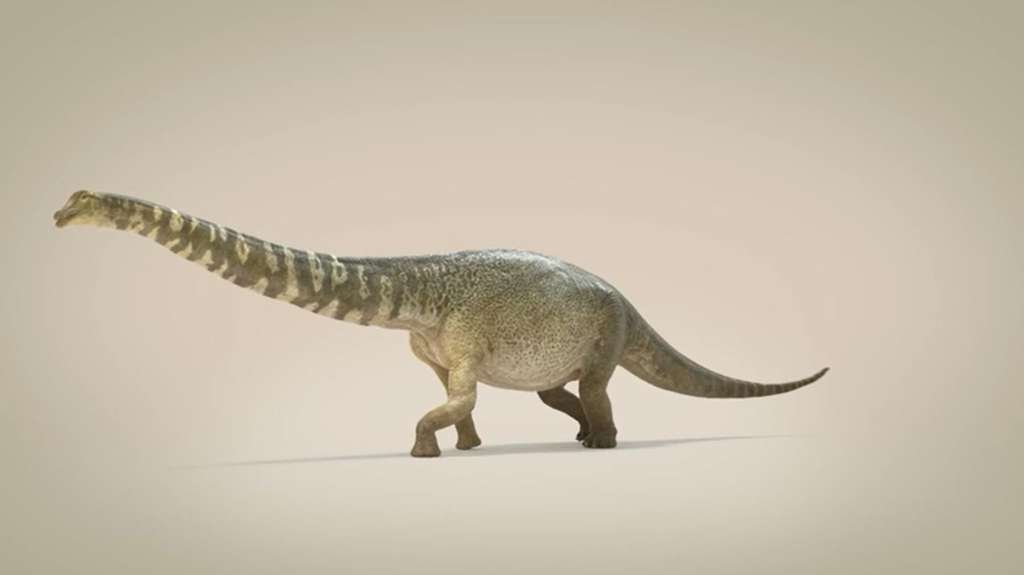 (CNN) — A new species of dinosaur discovered in Australia has been confirmed as the largest ever found in the country, and one of the biggest in the world.

The fossilized skeleton, nicknamed “Cooper,” was found in southwest Queensland in 2007, at Cooper Creek in the Eromanga Basin. But the skeleton remained a mystery for years, and has only now been scientifically described and named by paleontologists.

Researchers at the Eromanga Natural History Museum (ENHM) and the Queensland Museum published their findings in the PeerJ scientific journal on Monday.

“Cooper,” whose scientific name is Australotitan cooperensis, is estimated to have walked the Earth over 90 million years ago. It was a titanosaur — a plant-eating species belonging to the family of long-necked sauropods, the largest of the dinosaur species.

With its long neck and tail, it may have resembled the more well-known Brachiosaurus.

Robyn Mackenzie, co-founder of the Eromanga Natural History Museum, said the team of paleontologists was able to quickly establish from the size of the bone fragments that they belonged to a large species.

“The pieces were quite big and chunky,” she said. “We were able to measure the bones and compare them with other species in Australia and the rest of the world.”

Several of the large pieces, including the dinosaur’s shoulder blades, pelvic bones and limbs, were mostly intact. However, researchers faced delays in identifying the species due to challenges in managing its large and fragile bones.

The enormous size of the bones meant they were stored in museums often hundreds of miles away from each other.

So the team used 3D technology to scan each bone of the titanosaur, which allowed them to digitally compare the bones to those of similar species.

The Australotitan was found to be related closely to three other Australian sauropods that had been discovered further north in the town of Winton.

The study also points to an open book of further dinosaur discoveries that might be made in Australia.

“The findings have put Australia on the map,” and allowed Australia to join other countries making strides in paleontology, Mackenzie said. These types of “dinosaur giants” have largely been found in South America so far — making this discovery all the more rare.

“This is just the tip of the iceberg for discoveries in Australia,” she said. “It has opened up a whole new dinosaur frontier.”