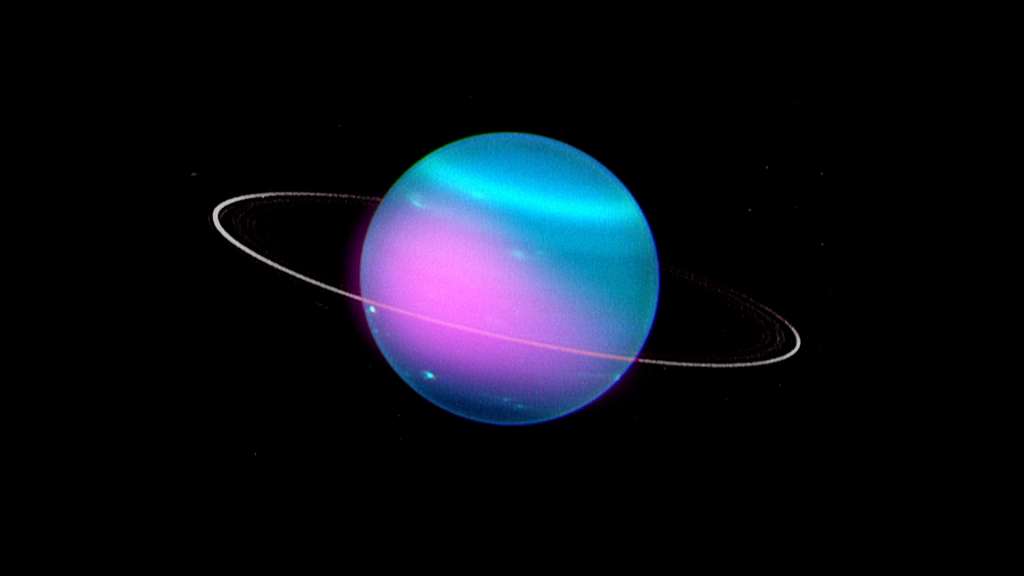 (CNN) — Uranus is emitting X-rays, and scientists want to take a closer look.

That’s the mysterious conclusion of a new study, which analyzed two visuals of the planet and discovered X-ray activity for the first time.

Astronomers looked at snapshots of the planet taken by NASA’s Chandra Observatory in 2002 and 2017, noticing a clear detection of X-rays in the first observation and a possible flare in the second.

The most likely cause for most of those X-rays is the sun; it is already known that both Jupiter and Saturn scatter X-ray light given off by the sun, and the research suggests Uranus does the same.

But not all of the activity can be explained, and NASA has called for scientists to look in more detail.

“While the authors of the new Uranus study initially expected that most of the X-rays detected would also be from scattering, there are tantalizing hints that at least one other source of X-rays is present,” according to a NASA release. “If further observations confirm this, it could have intriguing implications for understanding Uranus.”

“One possibility is that the rings of Uranus are producing X-rays themselves, which is the case for Saturn’s rings.”

X-rays have been detected in most of the planets in our solar system, but not in the so-called ice giants, Uranus and Neptune, authors wrote.

But studying X-ray emissions can provide valuable insights into a planet’s characteristics, they explained, adding that their findings can give clues about the “atmospheric, surface and planetary ring composition.”

The research was published Wednesday in the Journal of Geophysical Research.

NASA said that Uranus is a particularly intriguing target for X-ray analysis due to the “unusual orientations” of its spin axis and its magnetic field.

A wealth of data on the planet captured in 1986 by NASA’s Voyager 2 spacecraft — the only craft to fly by the planet — is still revealing tantalizing clues about its make-up.

Last year it was discovered that during the mission, the spacecraft also flew through a plasmoid — a giant magnetic bubble that likely pinched off part of the planet’s atmosphere, sending it out into space.