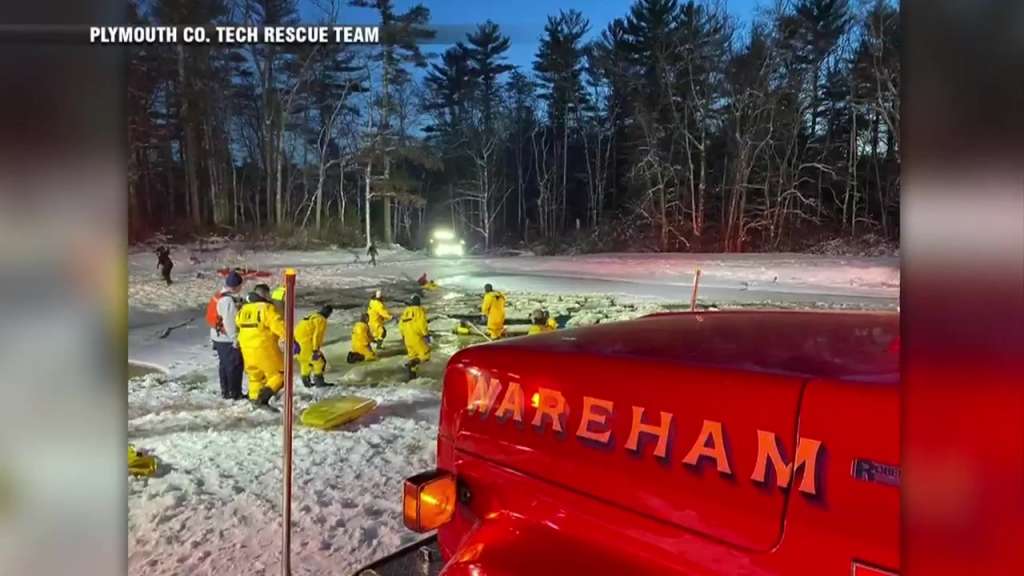 WAREHAM, MASS. (WHDH) - Search crews have recovered the body of a man who disappeared while swimming in a small bog reservoir in Wareham over the weekend.

Dive teams searched the reservoir in the area of 786 County Road after witnesses reported a man had fallen through the ice around 4:30 p.m. on Sunday, according to officials.

Haskell said the search was difficult given the elements and frigid temperatures.

“It’s a pond used for flooding cranberry bogs basically during cranberry season, and the water is murky — stumps, trees, and other objects in there…Plus, there’s ice,” Haskell said.

“This is not the outcome we wanted, however, we were able to recover the body and give the family a little bit of closure with this incident,” Wareham Police Chief John Walcek said during a news conference.

Wareham Executive Officer John Gerard noted that the victim had entered the bog to go for a swim because he “liked the cold water” and it was something he did “regularly.”

Bartholomew’s cause of death was not immediately known though no foul play is suspected at this time.