Seatbelt use rates dropped during pandemic 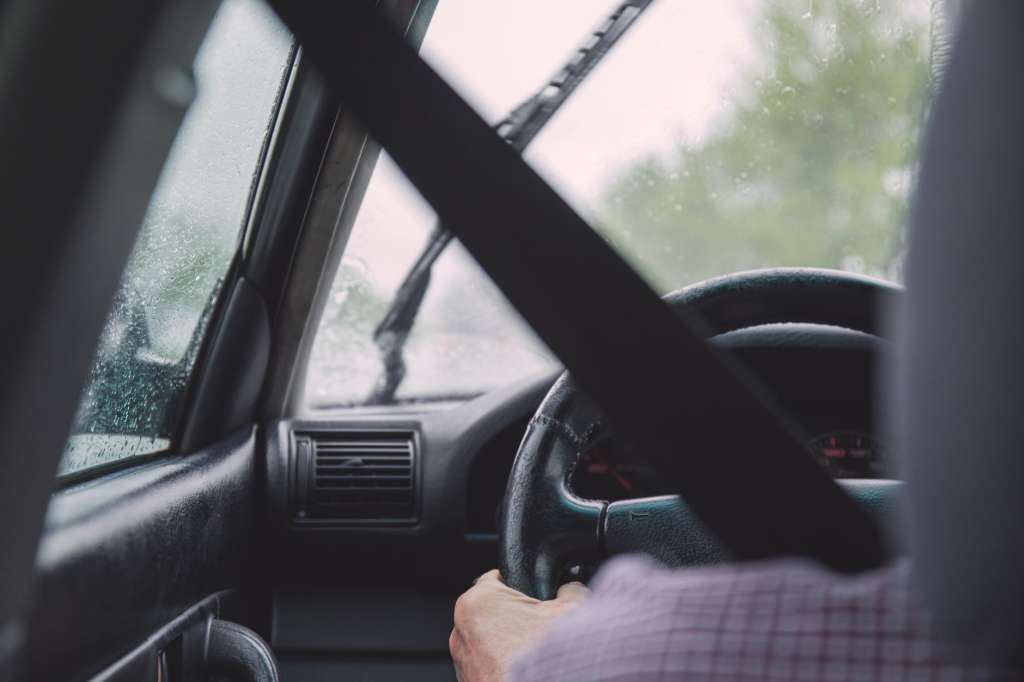 Photo by freestocks.org on <a href="https://www.pexels.com/photo/person-holding-vehicle-steering-wheel-inside-car-163945/" rel="nofollow">Pexels.com</a>

Massachusetts has long had one of the lowest seatbelt use rates in the nation, and those figures dropped “dramatically” during the pandemic, a AAA official told lawmakers Wednesday.

Making the latest push in a decades-long campaign to allow police to stop and cite drivers solely for failing to wear a seatbelt, AAA Northeast Director of Public Affairs Mary Maguire warned that the decline in use during the COVID-19 era has exacerbated an already-dangerous pattern that lawmakers and state officials have been unable to wrangle.

Reform backers have tried unsuccessfully for years to convert Massachusetts from secondary enforcement of seatbelt use, in which police can only cite motorists for failing to buckle up when they spot another violation, to primary enforcement, in which seatbelt use alone would warrant a traffic stop.

Amid ongoing opposition from some activists who worry about racial profiling, supporters hope that behavior shifts during the pandemic and the successful negotiation of a distracted driving law can buoy a trio of primary seatbelt enforcement bills (H 2515, H 2543, S 1591) this session.

The statewide seatbelt use rate dropped 4 percentage points to about 77 percent, Maguire said, which remains well below the national rate of nearly 91 percent.

The House rejected efforts to switch to a primary enforcement mechanism twice in the early 2000s, with opponents contending it would represent government overreach and could lead to civil rights violations. Legislative leaders have opted not to bring the matter forward for floor votes in recent years.

While Beacon Hill has remained stuck in neutral on the issue, supporters of the change say the number of other states where police do not need a prior offense to punish the unrestrained has grown to at least 34, the rate of seatbelt use in Massachusetts has remained near the bottom of national rankings, and dozens of Bay Staters died every year who might have been saved had they been compelled to buckle up.

Rep. Jeff Roy, who filed one of the three bills, said the state could prevent 14 deaths and more than 500 injuries while saving about $110 million in health care costs each year if police could cite unrestrained motorists without first observing another offense.

States that have implemented primary enforcement laws saw their seatbelt use rates increase between 8 and 12 percentage points, according to Maguire.

Early in the millennium, the Senate pursued the topic in Massachusetts, approving a primary enforcement bill in 2001 and adding a similar provision to a transportation bond bill in 2004. But none of those efforts found sufficient support in the House.

In back-to-back legislative sessions, the House deadlocked on legislation that would have allowed police to enforce seatbelt use without another traffic violation. Representatives voted 76-76 in 2001 and 73-73 in 2003, and in both cases, the tie vote prevented the measure from advancing.

House Speaker Ronald Mariano, at the time a representative who was several years away from ascending to assistant majority leader, voted against the legislation both times.

Asked if Mariano’s position on the issue has changed since his vote in 2003, his spokesperson Ana Vivas told the News Service, “The Speaker has long been concerned about potential racial profiling with primary enforcement measures, which is why he voted against similar bills in the early 2000s. He believes merely collecting data on racial profiling is no substitute for preventing it altogether. The Chairman and Committee asked thoughtful questions during the hearing and the Speaker is interested in receiving that feedback.”

One yes vote in the 2003 roll call: Senate President Karen Spilka, who was then serving her first term in the House.

Gov. Charlie Baker has also targeted the area for reform, pursuing authorization of primary enforcement again this session after the Transportation Committee did not act on his seatbelt proposal last year.

The push for ramped-up seatbelt policing has run into political obstacles in the past amid concerns that it could lead to racial profiling of motorists by law enforcement. Those same issues resurfaced in the spring, when several civil rights and transportation advocates criticized Baker’s latest proposal.

“Data shows that fines and fees are not a strong deterrent, or not as strong as education, and this has a strong potential to cause disproportionate harm — physical, psychological and financial — to Black and brown people in the commonwealth,” Becca Wolfson, executive director of the Boston Cyclists Union that is a member of the Vision Zero Coalition, told the committee on Wednesday. “It’s dangerous and irresponsible to add excuses and reasons to stop and police Black and brown folks.”

With an eye on those who remain wary, bill supporters on Wednesday suggested redrafting or amending the bill as it moves through the committee process to include provisions aimed at monitoring for racial profiling.

Roy likened the idea to the approach lawmakers took in a 2019 distracted driving law, which includes language requiring the Registry of Motor Vehicles to track the race, age and gender of every motorist at traffic stops ending in citations and send the data to an outside entity for review.

Maguire also said road safety is an issue with disproportionate impacts on communities of color. Seatbelt use rates among Black and Hispanic or Latino motorists lag rates among white residents, she said, and health data indicate that people of color withstand a higher rate of motor vehicle-related injuries.

Arthur Kinsman, a regional administrator for the National Highway Traffic Safety Administration, said the agency has not been able to find “any statistically significant difference in terms of how the laws were enforced in relation to racial profiling” among the more than 20 states that moved from secondary to primary seatbelt laws over the past 15 years.

“It really is a proven strategy,” Kinsman said. “When you look at states that have a primary enforcement law versus states that do not, the results are clear.”