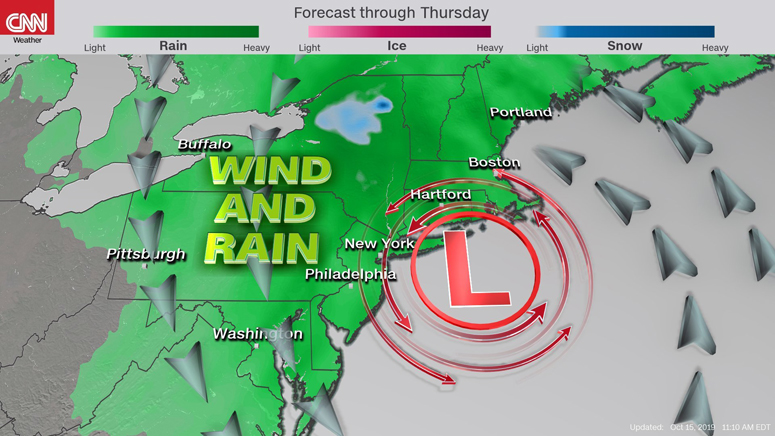 While coastal communities in New England are still recovering from costly beach erosion due to last week's coastal storm, another one could be on the way this week -- and it's expected to intensify rapidly.
CNN

(CNN) — While coastal communities in New England are still recovering from costly beach erosion due to last week’s coastal storm, another one could be on the way this week — and it’s expected to intensify rapidly.

Some models are even suggesting this possible nor’easter could strengthen so quickly it could become a “bomb cyclone,” which generally is marked by a pressure drop of 24 millibars (a unit of pressure) within 24 hours.

Although it is not certain it will meet this criterion; this storm will be just as strong as last week’s. Models are showing it will likely stay more onshore compared to the coastal storm last Friday.

Winds could reach tropical storm-force (39 mph+) with even higher gusts by Wednesday and Thursday for places such as New York City, Boston, and Portland, Maine. These winds could be strong enough to bring down trees and power lines, cutting power to thousands of people.

Air travel is likely to see lengthy delays Wednesday evening and Thursday morning due to the winds at the major northeast airports.

The storm will not be a major snow-maker for most of the region, except for a small portion of upstate New York. Most people will see 2 to 3 inches of rain.

Windy conditions will stick around through much of Friday before finally diminishing.

Last week’s storm sat off the coast of the mid-Atlantic, churning up seas and bringing a strong onshore wind that shredded beaches up and down the East Coast.