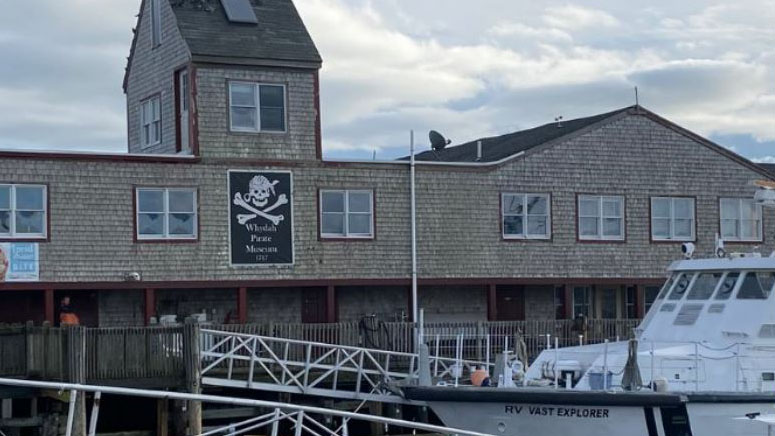 The Conservancy will lease the ground floor of 16 MacMillan Wharf, the former home of the Whydah Pirate Museum, as well as a slip at the property’s marina to operate its 25-foot vessel for shark ecotourism trips. The first Shark Center, located in Chatham, will continue to operate annually.

The new Shark Center will provide visitors with an in-depth look at great white sharks through interactive exhibits and videos and displays, in addition to providing insight into “groundbreaking” local research, according to Cynthia Wigren, chief executive officer and co-founder of Atlantic White Shark Conservancy.

Ecotourism and a merchandise shop will open in Provincetown this summer. The exhibits at the new Shark Center are not expected to open until Summer 2022, Wigren said, following an extensive build-out and renovation of the 3,100 square-foot space.

“We are thrilled to be opening a second Shark Center to be located in Provincetown and to be connecting with local community,” Wigren said in an official statement. “Provincetown is a perfect location to engage with visitors from all over the world to further our mission to support scientific research, improve public safety, and to educate the community to inspire conservation of Atlantic white sharks.”

“We are very excited to welcome the Atlantic White Shark Conservancy to Provincetown,” added Provincetown Town Manager Alex Morse. “Their plans to open a Shark Center in town, along with their plans to launch ecotourism and research trips, fits right into our goal to expand ecotourism opportunities and further promote the blue economy. I thank them for their investment, and we expect that residents and visitors alike will enjoy this new experience.”

AWSC is thrilled to be opening a second Shark Center to be located on MacMillan Wharf in Provincetown! Ecotourism, along with a merchandise shop, will be operating this summer. Exhibits at our new Shark Center will open in Summer 2022! https://t.co/8OxmPRmRst pic.twitter.com/dzrIDVylvN