Shell CEO: We will cut emissions faster but the world needs to use less oil 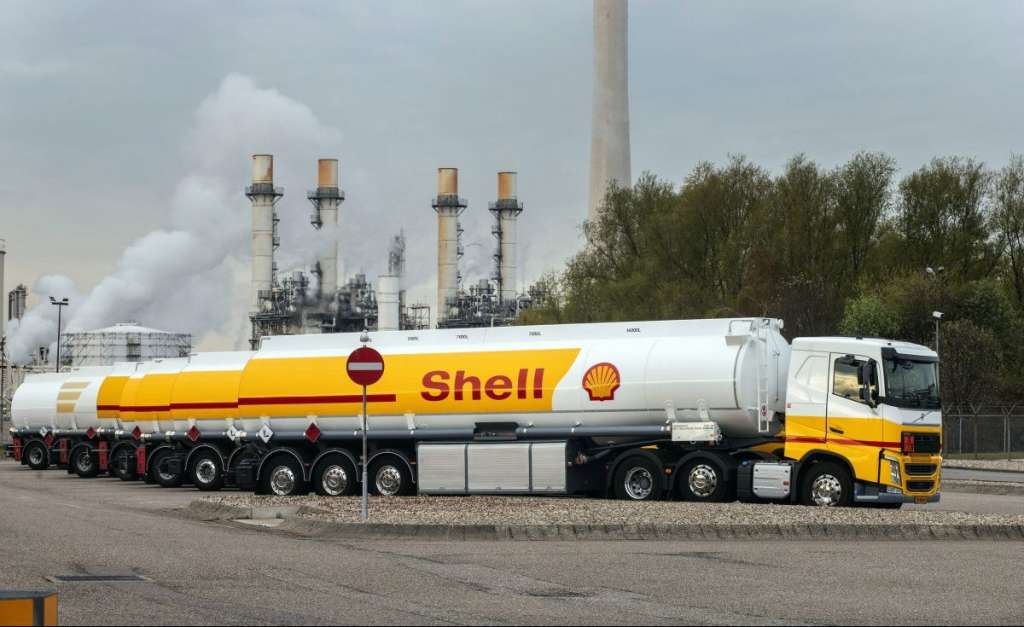 The Royal Dutch Shell Plc logo on fuel tanker trucks at the Shell Pernis refinery in Rotterdam, Netherlands, on Tuesday, April 27. Shell will cut emissions faster than planned after being ordered to do so by a court in The Hague in May. Credit: Peter Boer/Bloomberg/Getty Images

(CNN) — Shell will cut emissions faster thanplanned after being ordered to do so by a court in The Hague last month.

In a statement on Wednesday, the oil company’s CEO Ben van Beurden said he was determined “to rise to the challenge.” But he kept open the option of appealing the landmark ruling that he said “singled out” Shell and was “not the answer” to tackling the climate crisis.

Efforts to make the world’s energy system greener must address the demand for fossil fuel products and not just the supply, he added.

The Dutch court ordered Shell to slash its CO2 emissions by 45% by 2030 from 2019 levels. It marked the first time a judge has ordered a company to comply with the Paris Agreement, which aims to limit global temperature increases to 1.5 degrees Celsius.

Shell had been targeting a 20% reduction in the carbon intensity of its business and products by 2030, and 45% by 2035. Carbon intensity refers to the greenhouse gas emissions associated with each unit of energy the company sells.

The Anglo-Dutch company also announced plans in September to become a net zero emissions company by 2050, a target that includes the 90% of its emissions generated by the use of its products.

“But now we will seek ways to reduce emissions even further in a way that remains purposeful and profitable. That is likely to mean taking some bold but measured steps over the coming years,” the Shell CEO saidon Wednesday.

Legal experts heralded the judgment as “groundbreaking” and said that similar cases could be brought against other oil companies, which are already facing mounting pressure from shareholders and activists to ditch fossil fuels and invest into cleaner energy sources.

Van Beurden said the energy transition was too big for one company to tackle. It would need a global effort.

“We need to work together, with society, governments and our customers to achieve real, meaningful change in the worldwide energy system,” he said.

Shell’s latest investment plan includes pouring between $2 billion and $3 billion annually into renewable energy and hydrogen. And while it believes its oil production peaked in 2019, it is still planning to invest around $8 billion a year into oil exploration and production.

“For a long time to come we expect to continue providing energy in the form of oil and gas products both to meet customer demand, and to maintain a financially strong company,” Van Beurden said on Wednesday.

If Shell stopped the sale of petrol and diesel overnight that would cut its emissions drastically but would not change demand for fuel. Customers would “fill up their cars and delivery trucks at other service stations,” Van Beurden said.

Shell will work with customers to reduce their emissions and grow demand for low-carbon products, but government policy and regulation is also needed, he added. “Greater collaboration between governments, companies and customers will allow us and others to build up our low-carbon energy businesses in the fastest way.”