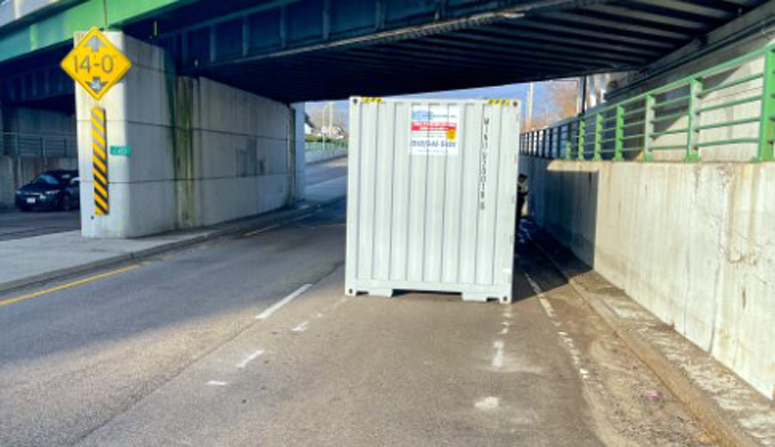 MANSFIELD, MASS. (WHDH) - A massive shipping container caused traffic problems in Mansfield on Wednesday morning after it fell off a truck that was towing it, police said.

Officers responding to the westbound side of Chauncy Street under the train bridge found the container blocking the right travel lane, according to the Mansfield Police Department.

Chauncy St. westbound under the train bridge. We have one lane blocked by the this shipping container that came off the Evergreen, er, truck that was towing it.

We’re still getting one lane by. Avoid if can, drive slow if you can’t. pic.twitter.com/mk3TUOMaCb

Traffic was able to get by in the left lane but police urged motorists to avoid the area if possible.

No additional details were immediately available.