Small plane crashes on bridge near Miami, striking an SUV 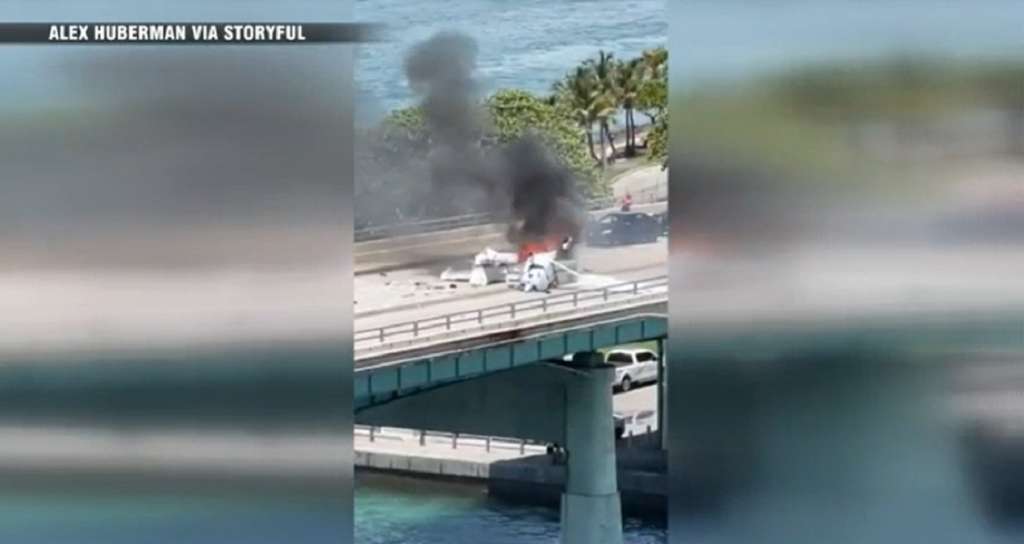 MIAMI (AP) — A small plane with three people aboard crashed Saturday on a bridge near Miami, striking an SUV with three occupants, the Federal Aviation Administration reported.

The single-engine Cessna 172 departed from Hollywood-Fort Lauderdale International Airport bound for Key West and soon lost power, the FAA said in a statement. The plane burst into flames after crashing.

Drone video on social media showed the plane crumpled on the Haulover Inlet Bridge with a damaged SUV nearby. A man can be seen scrambling from the plane and being helped by others to the side of the roadway just before the aircraft became engulfed in flames.