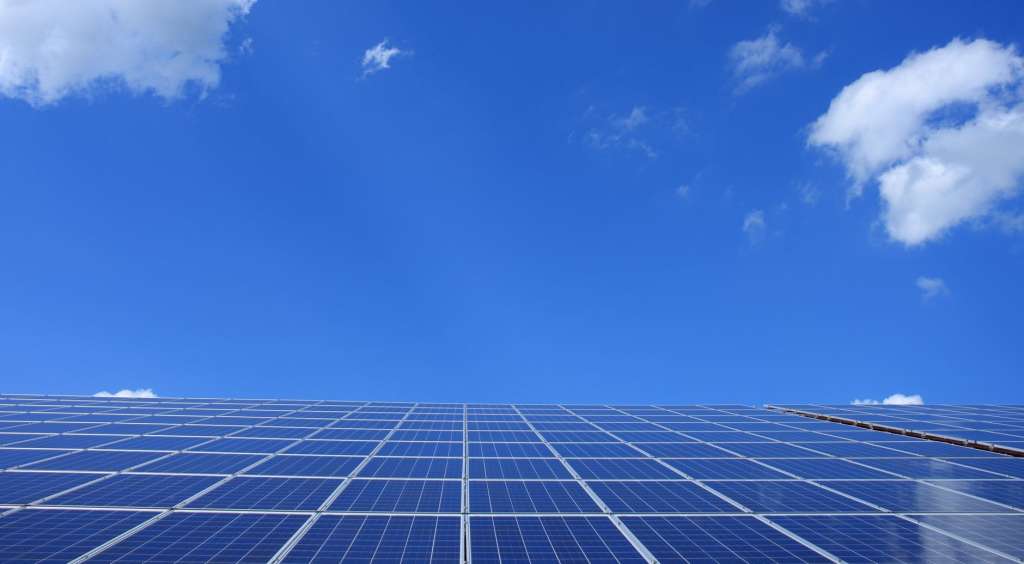 Newly constructed single-family homes, apartments and many commercial buildings would be required to be outfitted with rooftop solar systems under legislation pushed Tuesday by two progressive Democrats who say the expansion of solar power will be necessary to meet the state’s climate goals.

Gov. Charlie Baker signed a law earlier this year committing Massachusetts to a clean energy future with net-zero carbon emissions by 2050. To meet this goal, advocates and legislators say solar must become a larger piece of the energy puzzle in the coming years.

The Joint Committee on Telecommunications, Utilities and Energy held a virtual hearing Tuesday on bills related to solar power, which is part of the state’s multi-pronged strategy to reduce carbon emissions that includes technologies like offshore wind, hydropower and carbon sequestration.

The testimony focused on ways the state could remove barriers to solar development and encourage greater installation of residential and commercial solar arrays on already developed properties.

Sen. Jamie Eldridge has filed a bill (S 2165) that would update state building codes to require new construction to be able to accommodate rooftop solar installations.

The Acton Democrat has also filed separate legislation (S 2169) to remove net-metering caps, which limit the amount of solar electricity that can be sold at market rates by consumers back to the grid. He said he no longer saw a “policy rationale” for keeping existing caps in the place.

“The more ways we can incentivize solar, the more likely we are to reach our net zero energy goals,” Eldridge said.

Rep. Mike Connolly, a Cambridge Democrat, said requiring rooftop solar panels on new construction had the potential to add 2,300 megawatts of capacity to the electric system by 2045, nearly doubling the solar capacity installed to date.

“All across the commonwealth there exists vast untapped resources that can be deployed in the struggle against climate change,” Connolly said.

“We’d like to see as much as possible go on the more than 1 million acres of land that’s already developed,” Ricci said.

Sen. Michael Barrett, the Senate co-chair of the committee, asked Connolly how he would justify a rooftop solar mandate so soon after the Legislature voted in support of developing a new building code that would encourage net-zero construction, but be optional for municipalities.

“I don’t necessarily see any conflict in terms of the net-zero stretch energy code. As I understand that, it applies more broadly in different areas in all aspects of energy,” Connolly replied.

As of mid-2020, there were more than 105,000 solar projects totaling about 2,700 megawatts of installed solar power around Massachusetts.

Rep. Carolyn Dykema, of Holliston, filed a comprehensive bill (H 4044) that would establish new, escalating solar installation targets starting with 550 megawatts in 2023 and reaching no less than 3,250 megawatts by 2027.

The legislation also would move the state toward a rooftop solar mandate for new residential and commercial construction, and simplify the rate-setting process for solar metering credits by putting the Department of Public Utilities solely in charge.

Paul Dale, from the Sierra Club, said Dykema’s bill also would address delays caused by siting and permitting challenges by creating solar opportunity zones where solar development would be encouraged, rather than using laws to set up limitations on how solar can be deployed.

“This bill kind of turns the cart around and causes us to define preferred location for solar that we need,” Dale said.

Nick d’Arbeloff, with the Solar Energy Business Association of New England, said developers support lifting the remaining net-metering caps on solar, which are there in part to protect utilities who must still maintain the grid infrastructure that delivers power to homes and businesses.

D’Arbeloff said SEBANE also supports reforms to the rule that limits the number of credit-eligible solar arrays to one per parcel, proposing to allow multiple solar arrays on municipally-owned land, low- and moderate-income housing or in developments where each solar system is on a distinct rooftop.

He said this would help developers avoid going through the costly and time-consuming process of seeking an exemption.

Other who testified urged the Legislature to immediately address the exemption from the net-metering cap for solar projects of 10-kilowatts or less.

Claire Chang, a partner at Greenfield Solar, said many farms and small businesses in western Massachusetts are “ready to step up their generation of 100 percent clean energy,” but fall into a trap with the existing net metering caps that prevent them from getting full market-rate credits for all the energy they need and are willing to produce on site.

Others said the 10-kilowatt exemption is no longer sufficient as policymakers ask homeowners to transition away from oil and gas furnaces and gas stove and switch to electric appliances, heat pumps and electric cars that all require more capacity.