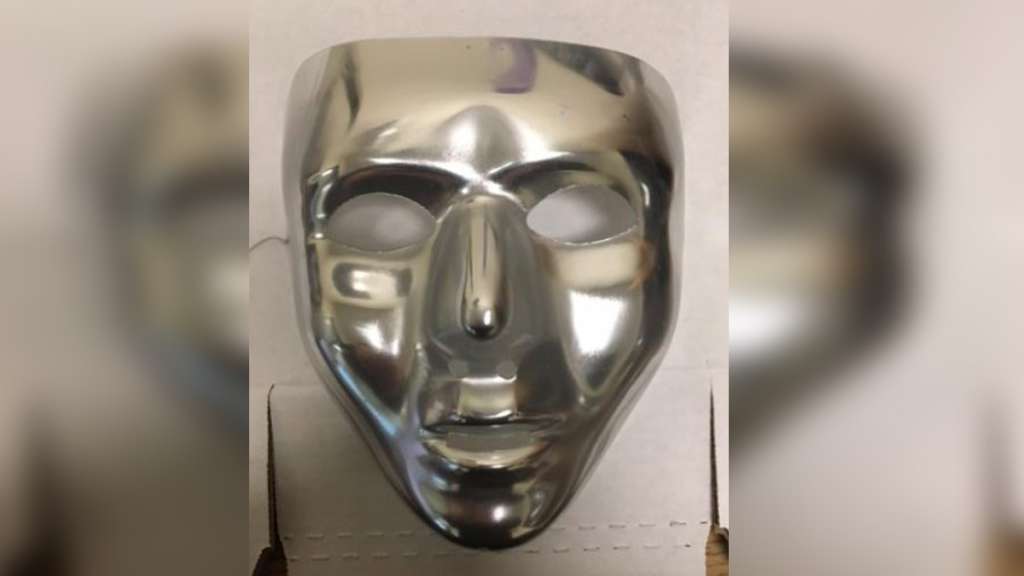 SOMERVILLE, MASS. (WHDH) - Police in Somerville are investigating after a pair of masked, knife-wielding suspects tried to kick down the door of an apartment in the city earlier this week, officials said.

Officers responding to a report of an attempted break-in on Medford Street just after midnight on Tuesday learned that the suspects had attempted to kick in the victim’s door, according to the Somerville Police Department.

One suspect, whose name has not been released, has since been taken into custody. Police are still working to apprehend the second suspect.

At least one of the suspects was wearing a silver, Halloween-like mask, according to a photo shared by police.

There was no additional information immediately available.

Anyone with information on the incident is urged to contact Somerville detectives at 617-625-1600.