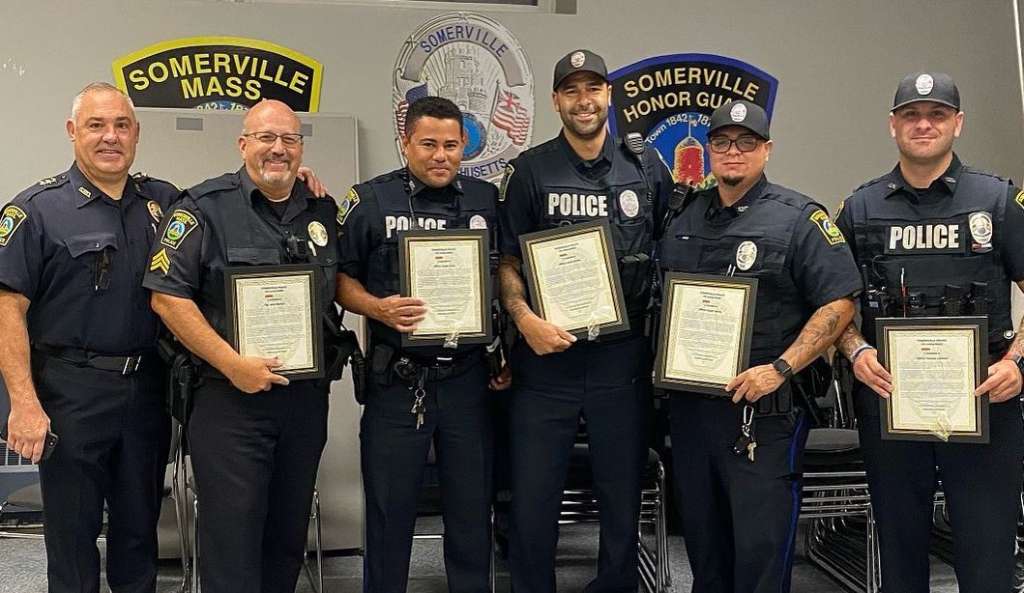 Emergency crews responding to a reported house fire at 17 Bond St. just before 1:30 a.m. on June 22 found heavy flames coming from the front porch of the three-family dwelling.

Officer Thomas Lambert quickly forced entry into the front door, so he and officers Sergio Garcia, Justin Brown, and Sergio Costa could search for occupants.

As the officers neared this exit, Sgt. John Marino alerted them that it had become engulfed in flames and that they needed to use the rear exit to escape the burning building.

There were no serious injuries reported but the fire did displace nine residents.

“Officers Thomas Lambert, Sergio Garcia, Justin Brown and Sergio Costa acted without fear for their own safety when they entered this burning dwelling,” Somerville Police Chief Charles Femino said in a statement. “These officers placed their own lives at risk in order to save others. Sergeant Marino, managed to not only protect innocent onlookers from harm’s way, but warned the officers and those being rescued that the front entrance was not safe to exit, causing them to use the rear exit to safety.”

The five officers were awarded the Life Saving Award on Aug. 5.