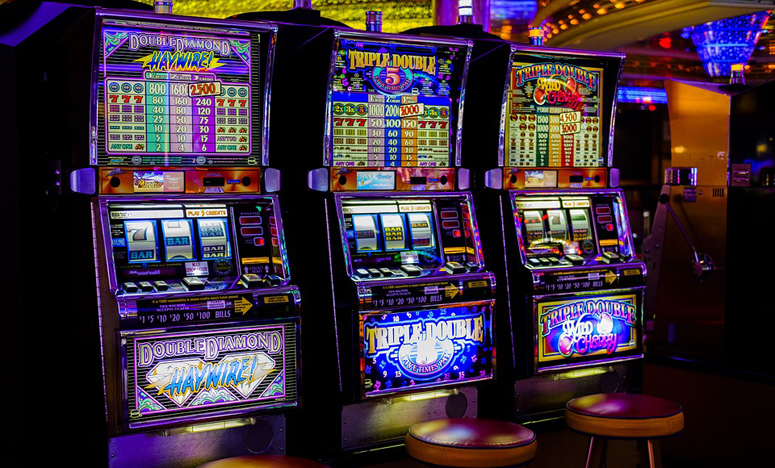 Gaming and racing regulators will huddle in a special meeting next week with casino, track and simulcast center operators as the Gaming Commission considers when and how it might unwind the COVID-19 restrictions put into place as the gaming landscape in Massachusetts was coming into clearer view last year.

The amenities at the slots parlor and casinos are subject to the COVID-19 restrictions imposed by Gov. Charlie Baker, which are scheduled to be repealed May 29 with the exception of a masking requirement in certain settings. But the gaming areas are subject to the Gaming Commission’s own guidelines and restrictions that cap occupancy (currently at no more than 40 percent), require masks, limit which games are offered and more. If changes are to occur at gaming venues, those guidelines or restrictions must be removed or adjusted by the commission.

Chairwoman Cathy Judd-Stein said Thursday morning that the Gaming Commission will call a special meeting at 10 a.m. Wednesday, May 26 to address the COVID-19 guidelines the commission has in place for gaming and simulcasting establishments and for live horse racing at Plainridge Park.

“We anticipate the agenda will address the following three items: the MGC-adopted COVID-19 guidelines related to the gaming establishments, the MGC-approved COVID-19 plan relating to horse racing and simulcasting, [and] the impact of the governor’s order on the commission’s future use of remote collaborative technology,” she said. The commission has been meeting remotely since last March.

Since mid-July 2020, the casinos and slots parlor have been operating under the commission’s guidelines, which have been altered a few times since to expand the allowable offerings.

“The casinos, over the last 14 months, have been nothing but cooperative,” Bruce Band, assistant director of the commission’s Investigations and Enforcement Bureau, said Thursday. “They’ve done everything we’ve asked pretty much and have certainly reached out when they had any questions at all to get it clarified.”

In addition to adjusting or removing the occupancy cap, the Gaming Commission next week could also consider whether to allow gamblers to shed their masks on the gaming floor, allow slot machines to be stationed closer to one another, approve more than four player positions at table games like blackjack, and whether to reauthorize poker.

“Since the governor’s announcement, our questions about when poker is opening up in this state has increased probably by 30 percent,” Band told the commission earlier this month, after Baker had announced a plan to lift all restrictions by Aug. 1.

The casinos have said poker is not profitable for them with only four players allowed at a table under the commission’s rules. But neither MGM nor Encore has committed to offering poker again in the future.

“Although restrictions are continuing to loosen, we cannot predict when future conditions, will change enough to allow us to operate poker properly and safely. When the time comes, we will evaluate market conditions, demand, and our ability to support Poker,” MGM Springfield tells poker players on its website.

Encore Boston Harbor’s website previously told players the casino would “evaluate the viability of the market, the demand for the game, and our facility’s capacity to support it” when commission regulations would allow for “fully operational” poker with nine players per table.

As of Thursday, the Everett casino now tells players only that it “will make a decision about the return of live poker by December 31, 2021.”

Poker players have routinely taken to the Everett casino’s Facebook page to weigh in on the absence of poker at the $2.6 billion gambling hall.

“What’s a matter with you bring poker back!! We all know you got rid of it to put in more slots…” one patron wrote as a comment on an Encore posting about the daffodils along its harborwalk.

Another poker player chimed in on an Encore post about a contest to reward frontline workers by telling the casino, “Now treat all the poker players by opening up!!!”

The pandemic hit just as the Massachusetts gaming landscape was beginning to come into its own. Casino gambling was legalized here in November 2011 and Plainridge Park opened in June 2015. MGM Springfield opened as the state’s first resort casino in August 2018 and Encore followed in June 2019.

With Plainridge and MGM open all year, and Encore open for the second half, expanded gaming brought in $216.1 million worth of state revenue for Massachusetts in 2019.

Things were looking up through the first two months of 2020 and February 2020 set the high-water mark for monthly state tax revenue from casinos. But by the end of 2020, expanded gaming had brought in more than $157.7 million for the state, a 27 percent drop from the haul of 2019.

The Gaming Commission ordered the state’s gaming centers closed in mid-March, initially for a two-week period and eventually through all of April, May and June. From mid-July through the end of 2020, the three gambling halls, the two casino hotels and the various retail offerings at the properties operated under commission and state restrictions that capped capacity, limited what games could be offered, and took some of the glitz out of gambling.

“Collectively, Massachusetts casinos lost an estimated 32 percent of total operating days in 2020 due to the pandemic,” the American Gaming Association reported Thursday in its 2021 State of the States paper.

Demand for gambling appeared strong late last summer and the Gaming Commission pointed out in its August, September and October revenue reports that monthly gaming revenues were nearly as strong as they were in 2019 despite the casino restrictions.

As the COVID-19 pandemic worsened again last fall and a curfew was imposed on businesses including the casinos and slots parlor, gaming revenues slumped until the end of 2020. Despite the damage of the pandemic, the AGA’s report pointed out that Encore Boston Harbor’s opening in June 2019 and its performance since meant that “Massachusetts’ commercial casino gaming market was by far the largest in the New England region in 2020.”

Massachusetts topped Rhode Island for that distinction in 2019 (Connecticut’s Foxwoods and Mohegan Sun are tribal casinos, which typically report net revenues that include non-gaming business operations and Maine is the only other New England state with commercial casinos). With the aid of six months of a Boston-area casino, Massachusetts gaming licensees in 2019 generated more than $718.5 in gaming revenue compared to Rhode Island’s $668.4 million, the AGA said.

So far in 2021, the casinos and slots parlor have generated $84 million worth of state tax revenue, on a pace for $252 million in annual revenue. April 2021 saw the casinos generate $84.63 million in gross gaming revenue, not far off from the roughly $86 million they generated in February 2020, the last full month before the shutdown and imposition of restrictions.

“The first quarter of 2021 clearly shows that consumer interest in gaming never waned, despite the challenges of 2020,” AGA President and CEO Bill Miller said.