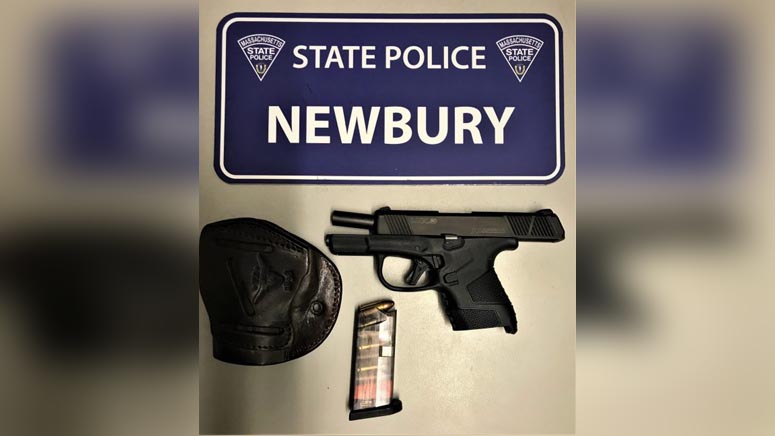 SALISBURY, MASS. (WHDH) - Two men were arrested on firearms and narcotics charges following a traffic stop in Salisbury Sunday, according to state police.

Bail was set at 100,000 for Marquis Mitchell, 37, of Peabody and his passenger Khalid Mitchell, 26, of Brockton, after troopers said they found an illegal firearm and several pills and a powdery substance believed to be Ecstasy inside their vehicle, according to a release issued by the department.

Officers patrolling Route 95 around 1 a.m. pulled a red Jeep Grand Cherokee over after they said it made several “erratic marked lanes violations.”

While conducting the traffic stop, the trooper learned that Marquis Mitchell was driving on a revoked license and had a felony warrant for his arrest for multiple firearms and narcotics charges and assault and battery on a police officer.

While searching the car, they came across the drugs and a loaded Mossberg 9mm pistol that was reported stolen in July.

The two were arraigned in Newburyport District Court on a number of charges.