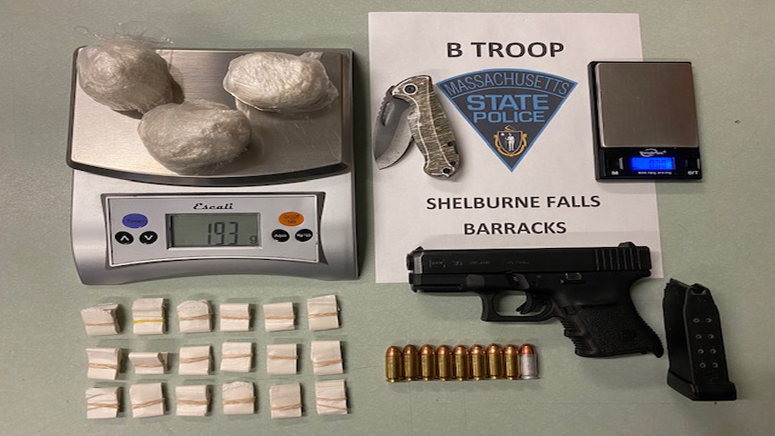 GREENFIELD, MASS. (WHDH) - Three people were arrested after police say found cocaine in their car during a traffic stop Thursday.

Troopers patrolling Route 91 in Greenfield around 8:10 p.m. saw a Toyota SUV pass by at a high speed with an expired license plate, police said.

Troopers activating their emergency lights pulled the car over and found approximately 193 grams of cocaine, 180 bags of a substance believed to be fentanyl, and a .45 caliber Glock model 30 with nine live cartridges.