State police use drone to locate missing dog in Marblehead 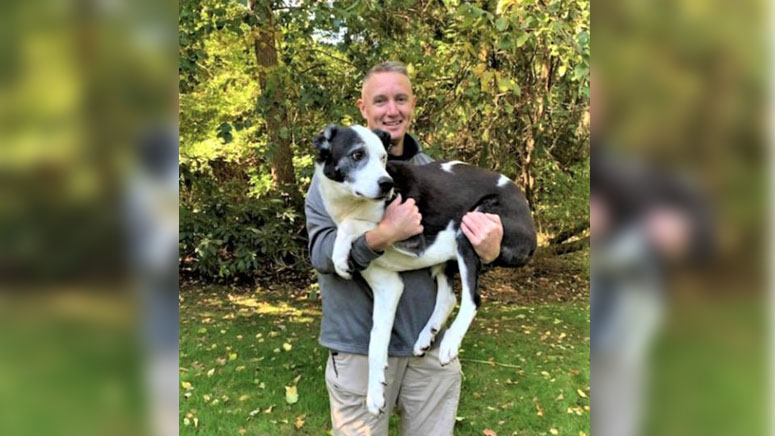 MARBLEHEAD, MASS. (WHDH) - A state trooper used a drone to track down a missing dog in Marblehead on Thursday.

Scout, an Australian Shepherd mix, had been missing for a week when the nonprofit organization Missing Dogs of Massachusetts approached state police for their help.

Trooper Brian Doak deployed a drone to fly over a wooded marsh after neighbors said they had heard what sounded like a dog whining from the area at night, state police said.

The drone’s forward-looking infrared camera detected a heat source in the area of thick brush, and Doak was able to hack his way through the vegetation to locate the dog, authorities said.

The dog was “alive and well but unable to get out on his own,” according to police.

The owner was pleased to be reunited with the dog and snapped a photo of Doak with the dog as they emerged from the wooded marsh, authorities said.