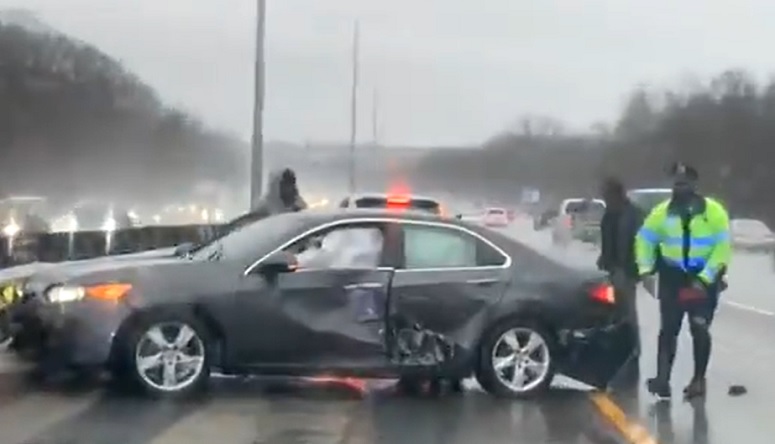 WOBURN, MASS. (WHDH) - State police are reminding commuters to drive cautiously during severe weather after a car crashed on Interstate 93 in Woburn on Monday.

Troopers responding to a reported crash on the southbound side of the highway near exit 36 found a car against a guardrail with significant damage to its driver’s side.

There were no injuries reported.

The left lane has been closed.

State police say it’s important to be mindful of hydroplaning as storms pass through and to take it slow on the roadways.

With storms passing through ☔️, this is a reminder to be mindful of hydroplaning 🌧. Take it slow today. 🚗 pic.twitter.com/rui4Bh9OPT