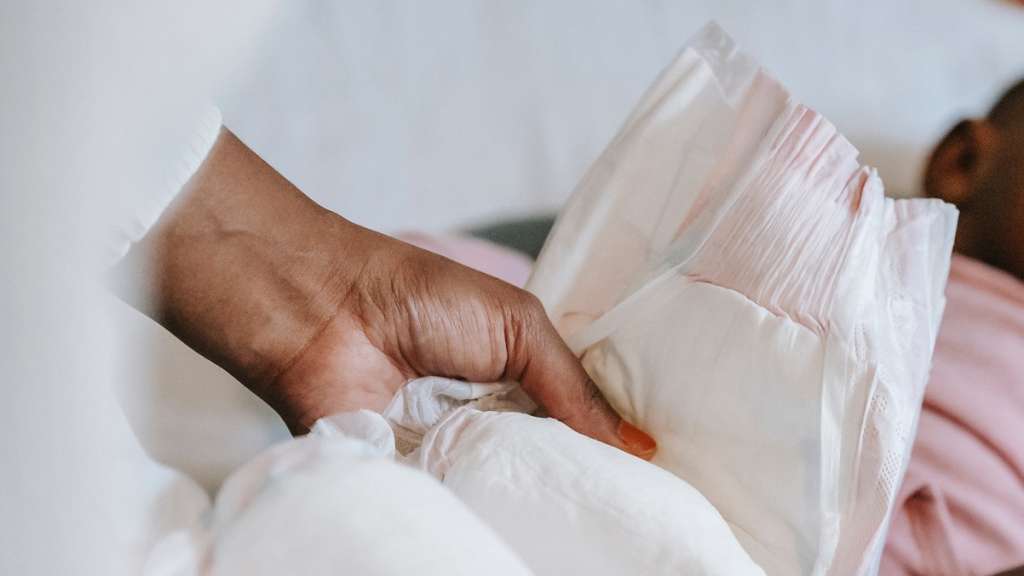 Not unlike its impact on the lumber supply or the cost of groceries, the COVID-19 pandemic has exacerbated the difficulty many low-income parents face in being able to access and afford diapers for their children, legislators and advocates for needy families testified Monday.

“Diapers are an essential item for babies and too many families in Massachusetts are struggling to make sure their children have a sufficient supply,” said Rep. Mindy Domb, an Amherst Democrat.

The Joint Committee on Children, Families and Persons with Disabilities heard testimony on bills Monday that propose a greater role for the state in helping ensure that diaper pantries and other community providers that distribute diapers to needy families have the resources they need to meet the demand.

Domb and Rep. William “Smitty” Pignatelli have filed a bill (H 206) to establish a pilot program to provide funding for 12 providers spread geographically around the state to help purchase, store and distribute diapers. The bill would also require them to track and report on the impact of the pilot, with funds coming from the state or private donations.

Sen. Joan Lovely filed a version (S 125) of the bill in the Senate.

Domb said the pilot program could cost “several million dollars” to get up and running, but she said a lot wold depend on the feedback from community providers who know more about the need and their ability to store supply for distribution.

While the diaper need among low-income families is not new, advocates said the COVID-19 pandemic has made the situation more dire. Other states with similar programs include California, Colorado and Washington.

“The diaper needs have been out of this world, like something I’ve never seen before,” said Jamill Martinez, director of network organizing for Lawrence CommunityWorks.

Lisa Smith, deputy director at Neighbors in Need, said her organization, which runs a diaper pantry in Lawrence, helps more than 1,200 unique families a year, and she said 75 percent of the diapers it distributes come from private donations.

To meet the remaining need, Smith said, she has to purchase through stores like Walmart, but has encountered some of the same supply chain issues that impacted the availability of scores of other consumer products.

A 192-count box of infant-sized Pampers was listed Monday on Walmart’s website for $59.30.

“This bill wold allow diaper bank to have the resources to buy in greater quantity,” Smith said.

Rep. Christina Minicucci said she remembers the “sticker shock” of having to buy diapers for the first time when she had the first of her three children, and knows what it’s like to struggle with expenses as a young family. She said she and her husband had to move in with her mother at one point when they both lost their jobs.

“It’s not rare to find parents who have to reuse disposable diapers or come up with alternate methods to keep their kids dry,” Minicucci said.

While helping diapers pantries meet the need in their communities was one solution proposed, advocates said it’s not the only way to attack the problem.

Currently, low-income parents receiving food assistance cannot use their public benefits to pay for diapers. Rep. Steven Xiarhos, a Barnstable Republican, filed a bill (H 280) that would entitle anyone who qualifies for Department of Transitional Assistance benefits to receive an extra $30 a month for diapers.

Xiarhos said he also supports the other diaper assistance bills filed this session.

While not directly related to diapers, the committee also heard testimony on legislation filed by Sen. Becca Rausch and Rep. Steve Owens (H 262/S 143) that would require all newly constructed public buildings and those undergoing significant renovations to provide a gender neutral, fully accessible changing station in a bathroom or other a semi-private area.

A similar bill was reported favorably from committee last session.

“We are long past the time when only moms change diapers,” Rausch said.