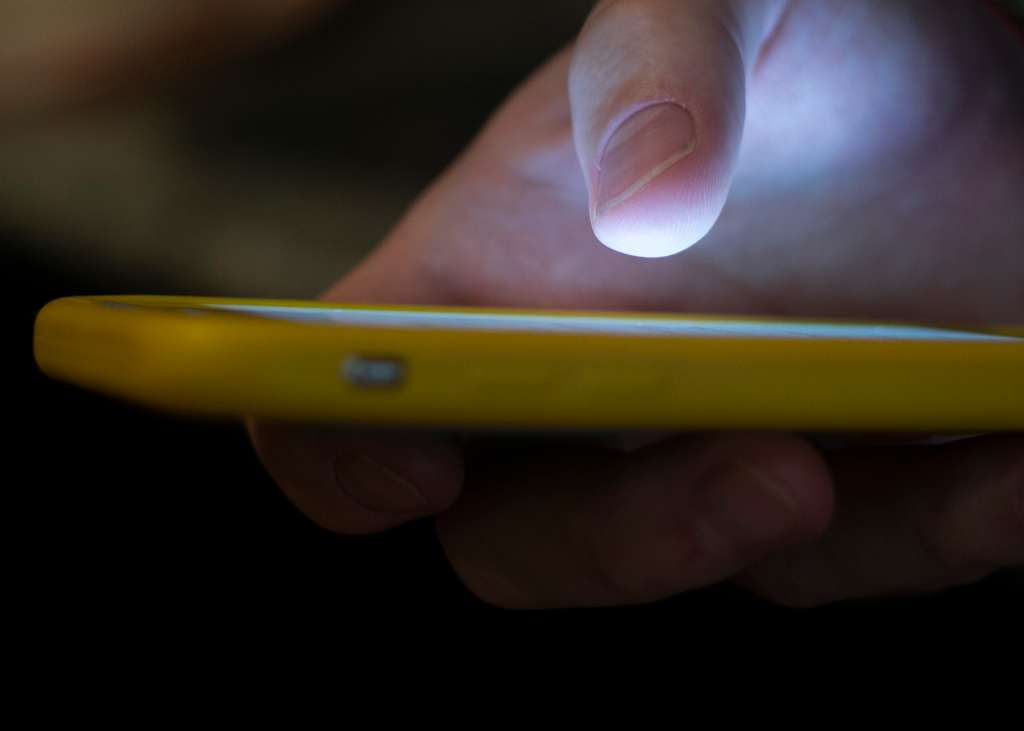 FILE - In this Aug. 11, 2019 file photo, a man uses a cell phone in New Orleans. Federal regulators will vote in July 2020 on whether to make “988” the number to reach a suicide prevention hotline. The Federal Communications Commission says phone service providers will have until July 2022 to implement the new number, if the measure is approved in July, as expected. (AP Photo/Jenny Kane, File)

(CNN) — This summer, every state will be rolling out 988 as the new National Suicide Prevention Lifeline number to call for mental health crises — similar to how people can call 911 for medical emergencies.

But in some states, questions remain around funding the transition, staffing call centers and having response teams ready.

The transition to 988 is “not optional,” according to the US Department of Health and Human Services’ Substance Abuse and Mental Health Services Administration.

No more than half of states have enacted or introduced legislation in preparation for 988’s debut, scheduled for July 16, according to data from the National Academy for State Health Policy.

“Beginning July 16 of this year, all 988 calls will be routed to the national suicide hotline, so there isn’t a need for state legislation to make that critical step happen,” Jodi Manz, project director of behavioral health, aging and disability at the health policy group, wrote in an email Tuesday. “State legislation is more about how to fund and organize this work within existing mental health systems, and imposing telecoms fees may not be ideal or well received in some states, so there is likely continuing conversation where that is the case.”

As of May, at least 13 states — Alabama, Colorado, Idaho, Indiana, Kentucky, Minnesota, Nebraska, Nevada, New York, Oregon, Texas, Virginia and Washington — have enacted legislation to fund and implement 988; lawmakers in many others remain in legislative sessions, so “that will likely increase,” Manz said.

“Since states are in different places in terms of their current crisis systems, they may not need major change that would require legislation, and/or they may be using federal dollars for initial investments,” Manz wrote.

“The back end routing to the suicide hotline when someone dials 988, no matter where that person is, will happen with or without state legislative action,” she wrote, adding that states and the federal government recognize that the ongoing infrastructure components needed to support 988 “will take time to build,” similar to how 911 was built out over time.

So, “many states are taking time to study how to do this as well,” Manz wrote.

‘States must transition to 988 as a universal number’

The National Suicide Prevention Lifeline has been in operation since 2005 and is funded by the HHS’s Substance Abuse and Mental Health Services Administration. Callers currently reach the critical 24/7 national hotline by phoning the 10-digit number: 1-800-273-8255 (TALK).

In 2020, the US Federal Communications Commission’s five leaders unanimously voted to finalize 988 as the three-digit number Americans can dial to be connected to the existing lifeline’s network of trained counselors.

That year, the National Suicide Hotline Designation Act of 2020 became law, amending the Communications Act of 1934 to designate 988 as “the universal telephone number for the purpose of the national suicide prevention and mental health crisis hotline system operating through the National Suicide Prevention Lifeline and through the Veterans Crisis Line, and for other purposes.”

Starting July 16, the FCC will establish 988 as an easy-to-remember three-digit dialing code for suicide prevention and mental health crises. Calls to that number will be redirected to 1-800-273-8255, which will stay operational during and after the 988 transition.

“We want you to know that if you are suffering severe stress and emotional trauma, if you aren’t sure where to go, even if it’s not at a point of suicide, we want you to call. We want you to reach out. That is the purpose of the 988 lifeline that is hopefully going to go live mid-July across the country,” HHS Secretary Xavier Becerra said in Washington state Friday.

“No longer will people have to call a 10-digit phone number to try to get help. What 911 is for local emergencies, we hope 988 will become people under emotional and mental stress,” Becerra said. “And it is important that we launch right.”

Last year, the FCC unanimously voted to require text messages sent to 988 be routed to the National Suicide Prevention Lifeline as part of the launch, as well.

“States must transition to 988 as a universal number for mental health crisis, and Congress has provided support to states to do so by allowing them to implement state mechanisms for funding and by providing technical assistance opportunities and direct funding to states,” Manz wrote.

“Because this number is universal across the nation, states must adjust their existing call center systems to align to 988,” Manz wrote. “The lift is different in different states, though it’s important to note that states have been developing crisis services across a continuum for years. The call centers represent the beginning of that continuum.”

SAMHSA has awarded nearly $105 million in grants to states and territories for the transition to 988 and to support call centers. Last year, SAMHSA also announced $177 million to support strengthening and expanding the National Suicide Prevention Lifeline network operations and infrastructure, administered by the organization Vibrant Emotional Health.

The intersection of opioid crisis and mental health

“I think it’ll be welcomed by our state and local health departments,” Freeman said, adding that many of the states that have made early preparations for the transition to 988, such as West Virginia and Massachusetts, have seen increases in mental health concerns tied to the opioid epidemic.

Some of the states that have been the hardest hit by drug overdoses — which also include Indiana, Kentucky and New York — were among the earliest to introduce legislation to implement and fund 988 in preparation for the July rollout or to receive a federal grant for the transition to 988.

“West Virginia is interesting coming out of the gate. They’ve just been so hard-hit by the opioid crisis, which, of course, leads to mental health challenges but that also can be a precursor to the opioid epidemic itself,” Freeman said. “So it makes sense that they will be one of the first ones to step forward. I think we’ll see other states do it quickly, as well.”

Suicide is the second leading cause of death in the United States for people ages 10 to 34, and the US Centers for Disease Control and Prevention describes it as a “serious public health problem.” The intersection of the opioid epidemic and the nation’s mental health crisis has also become a grim and growing public health concern.

Among high school students, for instance, the misuse of prescription opioid drugs is associated with increases in the risk for suicide-related behaviors.

A study published last year found that about 1 of every 3 high school students who said they were misusing prescription opioids reported that they had attempted suicide. The study used data from more than 13,600 US high schoolers’ responses to the CDC’s 2019 Youth Risk Behavior Survey.

To lower those numbers, the launch of 988 serves as “a first step towards a transformed crisis care system in much the same way as emergency medical services have expanded” in the United States, John Draper, executive director of the National Suicide Prevention Lifeline and executive vice president of national networks for Vibrant Emotional Health, wrote in an email Monday.

“SAMHSA is first focused on strengthening and expanding the existing Lifeline network, providing life-saving service to all who call, text or chat via 988,” Draper said. “Longer-term, SAMHSA recognizes that linking those in crisis to community-based providers — who can deliver a full range of crisis care services — is essential to meeting behavioral health crisis needs across the nation.”