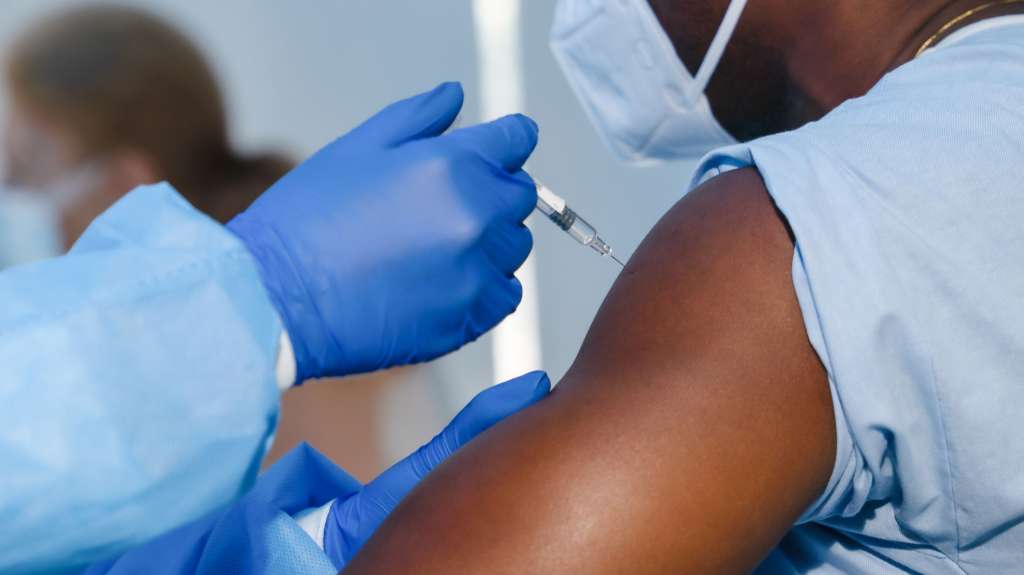 People of color have been vastly underrepresented in US-based vaccine trials for the last decade, according to a new study released Friday by researchers at Fred Hutchinson Cancer Research Center, Harvard, Emory, and other institutions. Credit: Shutterstock
Associated Press

Buoyed by a surge in vaccine shipments, states and cities are rapidly expanding eligibility for COVID-19 shots to teachers, 55-and-over Americans and other groups as the U.S. races to beat back the virus and reopen businesses and schools.

Arizona, Connecticut and Indiana have thrown open the line to the younger age bracket. Pennsylvania and Wisconsin are reserving the first doses of the new one-shot vaccine from Johnson & Johnson for teachers. And in Detroit, factory workers can get vaccinated starting this week, regardless of their age.

Up to now, the vaccination campaign against the scourge that has killed over a half-million Americans has concentrated mostly on health care workers and senior citizens.

Around the U.S., politicians and school administrators have been pushing hard in recent weeks to reopen classrooms to stop students from falling behind and to enable more parents to go back to work instead of supervising their children’s education. But teachers have resisted returning without getting vaccinated.

The U.S. has administered nearly 80 million shots in a vaccination drive now hitting its stride, according to the Centers for Disease Control and Prevention. More than 20% of the nation’s adults, or close to 52 million people, have received at least one dose, and 10% have been fully inoculated.

President Joe Biden said Tuesday the U.S. expects to have enough vaccine by the end of May for all adults, two months earlier than anticipated, though it is likely to take longer than that to administer those shots. He also pushed states to get at least one shot into the arms of teachers by the end of March and said the government will provide the doses directly through its pharmacy program.

Giving the vaccine to teachers and other school staff “will help protect our communities. It’s going to take burdens off our parents and families. It’s going to make our schools get back to the business of teaching our kids,” Pennsylvania Gov. Tom Wolf said.

And in Massachusetts, about 400,000 teachers, child care workers and school staff will be eligible to register for vaccinations starting March 11, Gov. Charlie Baker said Wednesday, though he warned that it could take some time to book appointments because the supply remains limited.

Tennessee will open up vaccinations Monday to an estimated 1 million people over 16 who have high-risk health conditions and those in households with medically fragile children.

“This is a massive population,” Health Commissioner Lisa Piercey said. “There are a lot of people who will qualify.”

The rush to vaccinate comes as many states, including Texas, Michigan, Mississippi and Louisiana, move to lift mask rules or otherwise ease restrictions on people and businesses, despite repeated warnings from public health officials that the U.S. is risking another lethal wave.

While deaths and newly confirmed infections have plummeted from their peaks in January, they are still running at high levels. The U.S. is averaging close to 2,000 deaths and 66,000 cases per day.

CDC Director Dr. Rochelle Walensky encouraged Americans to “do the right thing” even if states lift their restrictions.

“Fatigue is winning and the exact measures we have taken to stop the pandemic are now too often being flagrantly ignored,” she said.

Vaccinations are seen as key to getting people back to work and revitalizing the battered economy.

Cindy Estrada, a vice president at the United Auto Workers, said there have been illnesses and deaths among factory workers, so Detroit’s decision to offer them shots “is incredibly important.”

“It’s going to give them some peace of mind,” she said as she bared her arm for a shot.