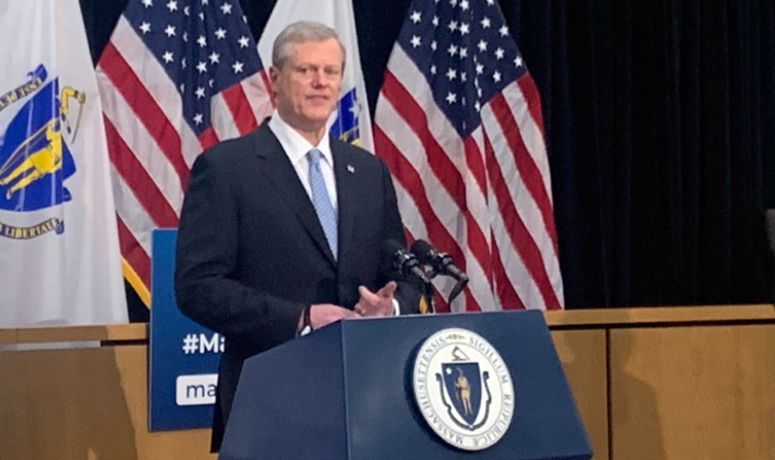 As neighboring New England states push toward lifting restrictions, Gov. Charlie Baker once again forecast he will make some kind of COVID-related announcement later this week but declined to offer any details.

Asked Monday about reports that the Biden administration may soon relax outdoor mask requirements, Baker replied that he has not heard about the plans and that “we’re going to make some additional announcements here in Massachusetts this week.”

Asked for more information about what the announcements will concern, Baker replied, “Stay tuned.”

Facing additional questions about the timing of his announcement, Baker then replied twice, “This week,” declining to offer more information.

Massachusetts started the fourth phase of Baker’s reopening plan on March 22, which allowed large-capacity sports and entertainment venues such as Fenway Park to welcome back guests with a 12 percent capacity limit.

Those venues will need to wait until a future step to bump up attendance, and other businesses such as bars, beer gardens, breweries and wineries, and amusement parks cannot reopen until the administration pushes into the still-unannounced second step of its Phase IV reopening.

Connecticut Gov. Ned Lamont plans to eliminate COVID-era restrictions on businesses by May 19, while Rhode Island Gov. Daniel McKee said last week he would increase business capacity limits in stages until they are eliminated by Memorial Day weekend.

In New York, Gov. Andrew Cuomo on Monday announced an increase the allowable capacity for outdoor stadiums, gyms, casinos and offices, according to an NBC report.