Storm washes out bridges and roads throughout New England 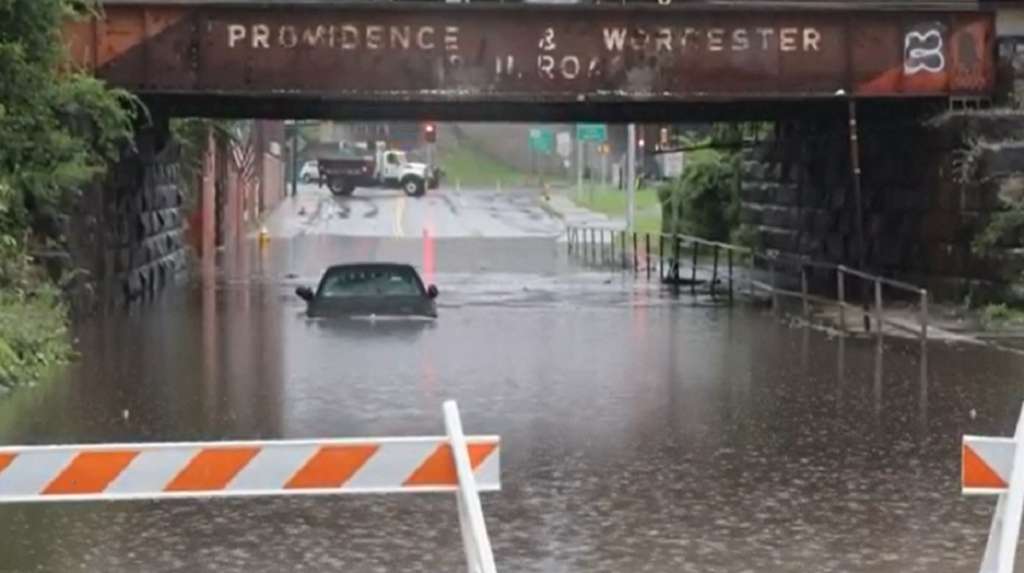 The heavy rainfall that hit New England washed out some roads and bridges and flooded basements.

Brattleboro received about 2.5 inches of rainfall during Saturday afternoon and night, the fire department said.

“Persistent rain is expected to continue through the night,” organizers said in a news release. They also pulled the plug on Saturday’s event because of the rain.

In New Hampshire, southwestern areas received over 3 inches of rain on Saturday. The town of Richmond got 4.98 inches in 24-hour period, WMUR-TV reported.

Several roads were closed in the western part of the state on Sunday because of flooding, the New Hampshire Department of Transportation said.

“For your safety please do not travel through flooded roadways,” Commissioner Victoria Sheehan said in a statement.

New Hampshire authorities also encouraged campers along rivers and streams to evacuate if flooding is occurring.

Flooded streets and power outages also were reported in Worcester, Massachusetts, and in parts of Rhode Island.

There was no word of injuries.

The storm was moving out of the area on Sunday.