Striking age barrier could open up Alzheimer’s services in Mass. 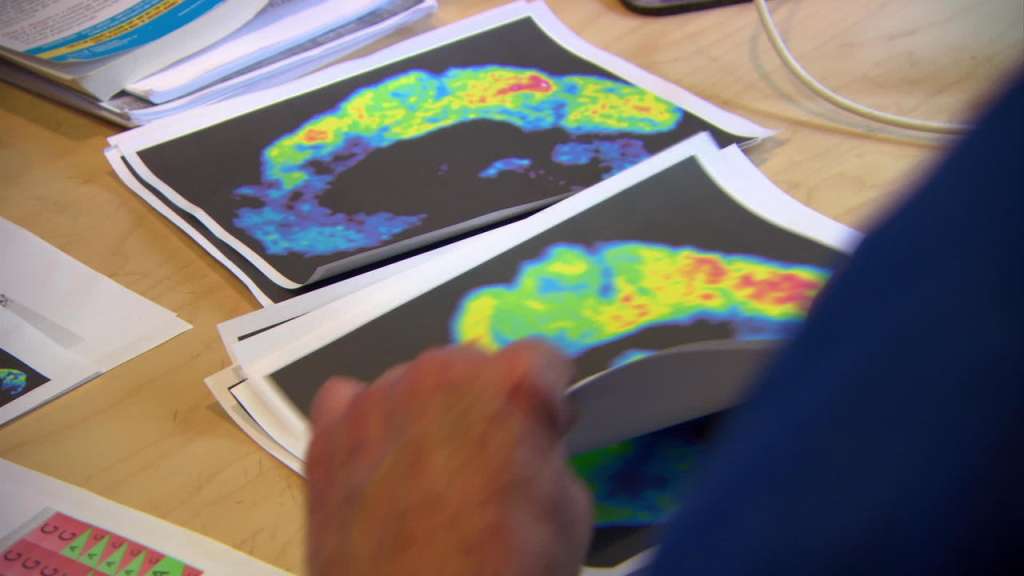 Patients and their families are starting to inquire about the new Alzheimer's drug approved this week by the US Food and Drug Administration. Credit: CNN

People who have been diagnosed with early-onset Alzheimer’s disease and caregivers to others with the neurologic disorder asked lawmakers Monday to remove the age requirement to qualify for certain in-home services, making them accessible to people younger than 60 who are living with Alzheimer’s.

Joe Montminy of Plymouth was diagnosed with early-onset Alzheimer’s in 2017 at the age of 53. He said his doctor told him he could expect to require nursing home level care in five to seven years, though he and his family would much rather he remain at home for as long as possible.

“This disease steals your identity, steals your experiences. I just don’t want it to take me away from my community,” Montminy told the Joint Committee on Elder Affairs.

Montminy was one of about a half-dozen people to testify Monday in support of a bill (H 722) filed by Quincy Rep. Bruce Ayers that would remove the requirement that a person be at least 60 years old to qualify for the MassHealth frail elderly waiver for anyone diagnosed with early-onset Alzheimer’s disease. The waiver makes home- and community-based services available to people who require the level of care a nursing facility could provide but prefer to remain in the community.

“MassHealth operates the frail elderly waiver specifically to help residents who require nursing home level care to receive care and ongoing support services in their homes or community living residences instead of in a nursing home. These types of services can allow those with Alzheimer’s to remain in their homes for longer, increase their quality of life and reduce health care costs,” Chelsea Gordon, director of public policy and advocacy for the Massachusetts/New Hampshire chapter of the Alzheimer’s Association, said. “This legislation would ensure that services provided through the waiver are made available to persons diagnosed with younger-onset Alzheimer’s disease, regardless of their age, if they are otherwise eligible.”

According to the Alzheimer’s Association, 130,000 people 65 or older in Massachusetts had Alzheimer’s disease or another form of dementia as of 2020. Another 281,000 people here act as caregivers to people with Alzheimer’s, providing an estimated $8.6 billion worth of unpaid care.

By 2025, the number of people 65 or older with Alzheimer’s dementia is projected to climb more than 15 percent to 150,000 in Massachusetts. Alzheimer’s is the sixth-leading cause of death in the United States and is becoming a more common cause of death as the country’s population ages, the association said.

“This is a small population, but one that is desperately in need of these types of services,” Ayers said during Monday’s hearing.

Ayers said he first filed his bill after hearing from a constituent, a Quincy firefighter whose wife had been diagnosed with early-onset Alzheimer’s at the age of 51 and needed the kind of around-the-clock care that a memory care unit could provide. Ayers said he understands what it takes to care for a person with Alzheimer’s — his mother battled Alzheimer’s for 10 years before her death.