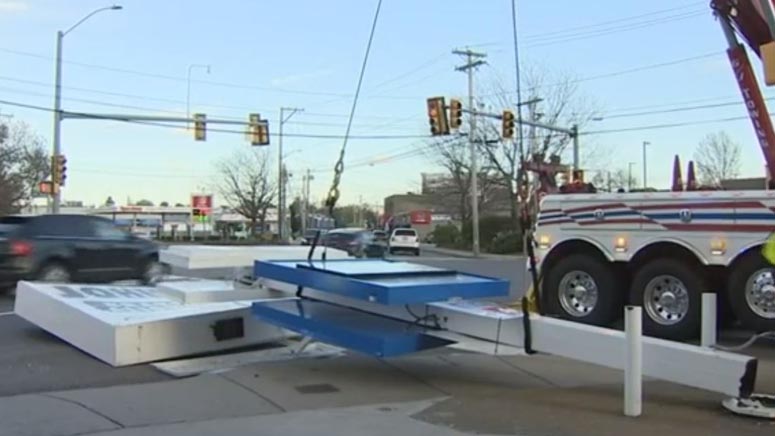 MALDEN, MASS. (WHDH) - A Wind Advisory was in effect for most of the Bay State Friday with strong wind gusts reaching over 50 mph in some areas.

Crews in Malden were called to lift a gas station sign that collapsed on top of a car. Thankfully no one was hurt.

The owner of that gas station said he has been there for 10 years and the sign has weathered worse storms than this one.

The strong winds toppled trees in communities from Medford to Wellesley where some came to rest on homes and powerlines. 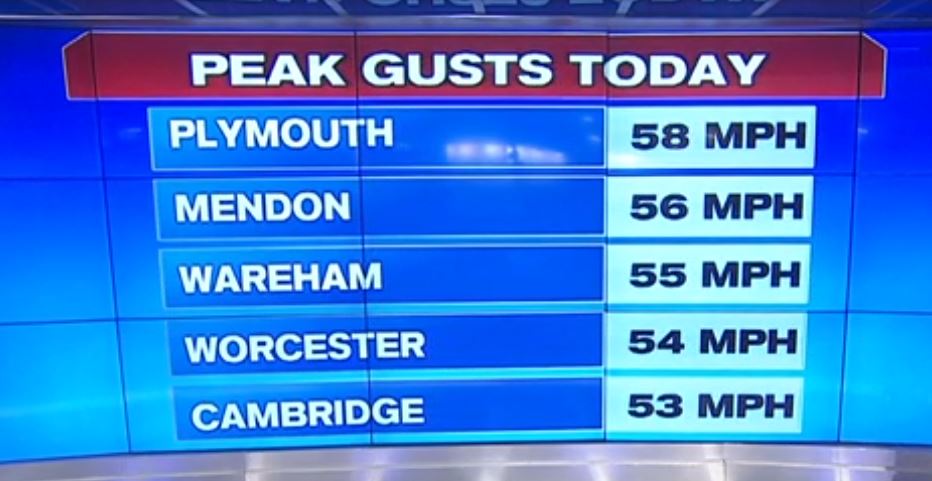 City crews in Waltham rushed to the scene on Margurite Street where another tree came crashing down on a home.

‘I just heard the crack and it hit the house,” one resident said as crews worked to lift the large tree out of the way. “But, power was on, still had the television. Doesn’t look like it went through the roof or anything. The city has been responsive, it’s their tree.”