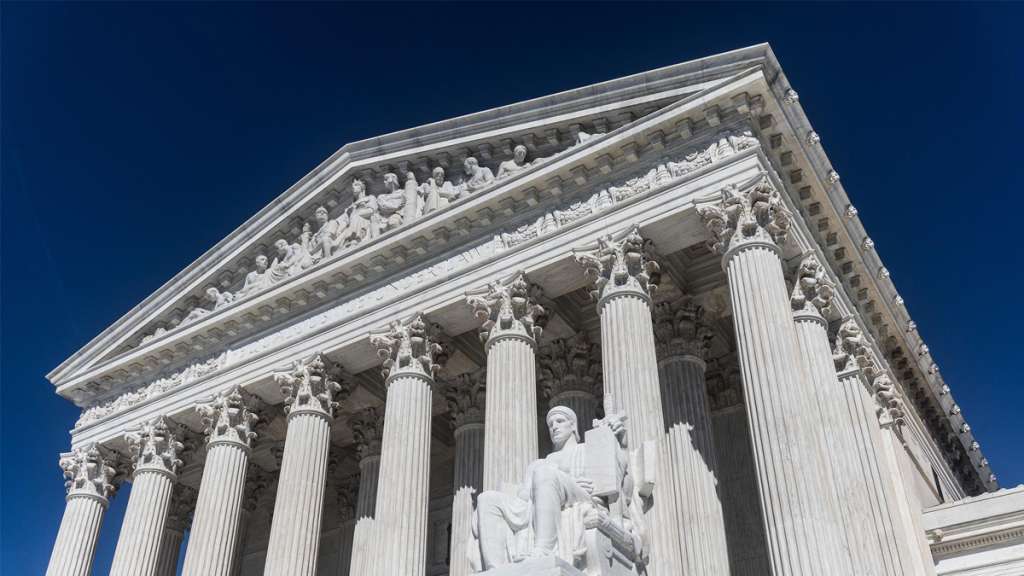 Image by Mark Thomas from Pixabay

WASHINGTON (AP) — The large fencing that has encircled the U.S. Supreme Court for months has now been removed.

The non-scalable fencing was gone Monday morning, leaving only small barricades blocking off the plaza and steps in front of the high court.

Court spokeswoman Patricia McCabe would say only that the fence came down sometime during the weekend. “The Court as a matter of policy does not discuss security arrangements,” McCabe said in an email.

The building, closed in 2020 because of the coronavirus pandemic, remains off-limits to the public.

The fence had been installed in May as protests erupted outside the court and outside the homes of some Supreme Court justices after a leaked opinion signaled the justices were planning to overturn Roe v. Wade.

Thousands of demonstrators took to the streets outside the court in June after the court handed down its ruling, overturning a landmark case making abortion legal throughout the United States nearly 50 years ago.

The justices also faced increasing threats. A California man was arrested in June near the home of Justice Brett Kavanaugh carrying a gun, knife and pepper spray after telling police he was planning to kill the justice.

The fencing that had been installed outside the court was similar to the fence put up for months around the U.S. Capitol in the wake of the Jan. 6, 2021 attack when supporters of then-President Donald Trump stormed the building.

Protests at the court have waned in recent weeks. Still, law enforcement officials have warned about the potential for attacks on police, judges and government buildings after the FBI searched Trump’s estate in Florida as part of an investigation into the potential mishandling of classified records.

While the court building has been closed to the public since March 2020, the justices heard arguments in-person for the past year, but only reporters, lawyers and court employees could attend.