Supreme Court rushes to end a term like no other 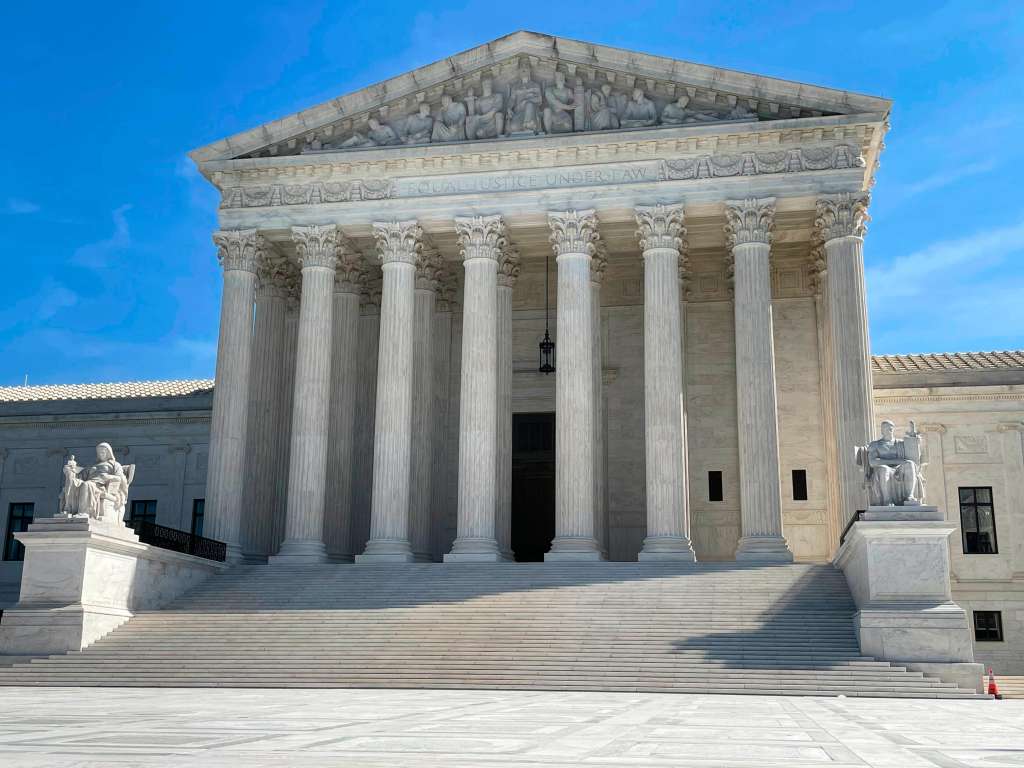 (CNN) — Because of a blockbuster docket, an unprecedented leak, a fraught political atmosphere and Covid, everything has changed at the Supreme Court.

Under normal circumstances on decision days at the end of June, the Supreme Court emerges from behind crimson curtains to finally issue the most controversial cases of the term after months of closed-door deliberations. Wearing their judicial robe and exhausted from the final push of work, the justices take their seats and the majority opinion is read by its author.

The hand-down can take several minutes as the audience of spouses, staff, spectators and journalists digest what’s being read aloud. Often times, the justice who penned the principal dissent, also chooses to address the audience, offering a fiery oral critique of the majority opinion.

None of that is expected to happen this month.

Instead, the courtroom’s majestic chamber is dark — ostensibly due to lingering Covid concerns. The plaza has been completely walled off by security fences, a move prompted by protests that erupted last month after a draft opinion overturning Roe v. Wade was leaked to the media. Meanwhile, a federal grand jury has returned an indictment charging a California man with attempting to murder Justice Brett Kavanaugh.

Now, armed guards are providing 24-hour protection at the justices’ homes while protestors sometimes gather outside and the President has signed legislation to enhance security protection for the justices and their families.

With no pomp and circumstance, an official will push a button and opinions changing the contours of some of the most divisive social issues of the day including abortion, gun rights, religious liberty and the environment — will simply be released via the internet.

By then, with no reason to appear publicly, many of the justices may have already fled Washington.

Justices announced five new opinions Tuesday morning, including a much-anticipated ruling on the separation of church and state. The next opinion day is Thursday, with 13 cases remaining.

Here are the highlights of the court’s docket:

The dispute concerns a Mississippi law that bans abortion after 15 weeks. The state is asking the justices to take the giant step of overturning Roe, a seminal case decided in 1973 establishing a constitutional right to abortion before fetal viability which most experts say occurs now around 23-24 weeks of pregnancy.

At oral arguments, Mississippi Solicitor General Scott Stewart told the justices that Roe and a follow up decision from 1992 “haunt” the country.

At one time Mississippi’s law was dismissed as blatantly unconstitutional, even by a conservative-leaning appellate court. But much has changed since then, including the fact that in December the justices allowed a six-week ban on abortions in Texas to remain in effect. Since then, red states, invigorated by the Supreme Court’s conservative majority, have passed increasingly restrictive laws. Last month, for example, Oklahoma Republican Gov. Kevin Stitt signed a bill into law that bans abortions from the stage of “fertilization” and allows private citizens to sue anyone who helps a woman obtain the procedure.

In the draft opinion, Alito said that Roe “must be overruled.” If the five-member majority holds, it will wipe away near 50-year-old precedent and change the landscape of women’s reproductive health going forward.

Supporters of abortion rights are clinging to the fact that Alito’s opinion was a draft and hope it only reflects an opening salvo written after the justices cast initial votes at conference.

Votes can change during deliberations. Sometimes majority opinions fizzle into concurrences or even dissents. Other justices could be simultaneously working on separate opinions, hoping to pick off votes from Alito’s draft or to weaken the thrust of his opinion.

As the country grapples with gun violence, the justices will decide how broadly they want to rule in a case that could open up a new chapter in constitutional challenges to gun safety laws.

After oral arguments last year, it seemed the conservatives were ready to strike down a New York law — enacted more than a century ago — that places restrictions on carrying a concealed weapon outside the home. Supporters of gun rights have been pushing the court to clarify the scope of the Second Amendment for years. The effort has been led by Thomas, who in the past called the Second Amendment a “disfavored right in this court.”

But the entire landscape of the debate has shifted in recent months. Since the justices began deliberating, mass shootings have occurred across the country including a Texas massacre of 19 schoolchildren in Texas. While the shootings did not directly implicate the issue of concealed carry, the country as a whole is now debating gun safety laws.

On top of abortion and gun rights, the court is also considering cases that could allow more religion in public life.

Tuesday, the court said that Maine cannot exclude religious schools from a tuition assistance program that allows parents to use vouchers to send their children to public or private schools.

The 6-3 ruling is the latest move by the conservative court to expand religious liberty rights and bring more religion into public life, a trend bolstered by the addition of three of former President Donald Trump’s nominees.

The justices are also grappling with the case of Joe Kennedy, a former Washington state high school football coach at a public school who lost his job for praying at the 50-yard line after games.

Kennedy told CNN that “every American should be able to have faith in public and not be worried about being fired over it.”

“I think it is important to keep our promises — especially to God,” he said.

But the school district said it suspended Kennedy to avoid the appearance that the school was endorsing a particular faith, in violation of the Establishment Clause of the Constitution.

The liberal justices on the court — Justices Stephen Breyer, Elena Kagan and Sonia Sotomayor — made clear at oral arguments that they were worried about players feeling coerced by the school to pray.

“I’m going to just sort of suggest,” Kagan said, “the idea of why the school can discipline him is that it puts some kind of undue pressure, a kind of coercion, on students to participate in religious activities when they may not wish to, when their religion is different or when they have no religion.”

As the political branches spar over immigration, the justices are considering several cases concerning border disputes.

In one key case, the justices are grappling with whether the Biden administration can terminate a Trump-era border policy known as “Remain in Mexico.” Lower courts have so far blocked Biden from ending the policy.

Under the unprecedented program launched in 2019, the Department of Homeland Security can send certain-non Mexican citizens who entered the United States back to Mexico — instead of detaining them or releasing them into the United States — while their immigration proceedings played out. Critics call the policy inhumane and say it exposes asylum seekers with credible claims to dangerous and squalid conditions. The case raises questions not only regarding immigration law, but also a president’s control over policy and his diplomatic relationships with neighboring countries.

The justices unexpectedly also agreed to decide a case concerning the EPA’s authority to regulate carbon emissions from existing power plants, in a dispute that could cripple the Biden administration’s attempts to slash emissions. It comes at a moment when scientists are sounding alarms about the accelerating pace of global warming.

The court’s decision to step in now concerned environmentalists because there is currently no rule in place. A lower court wiped away a Trump era rule in 2021 and the Biden administration’s EPA is currently working on a new rule.

But the fact that there were enough votes to take up the issue now, struck some as an aggressive grant, signaling the court wants to limit the scope of the EPA’s authority even before a new rule is on the books.