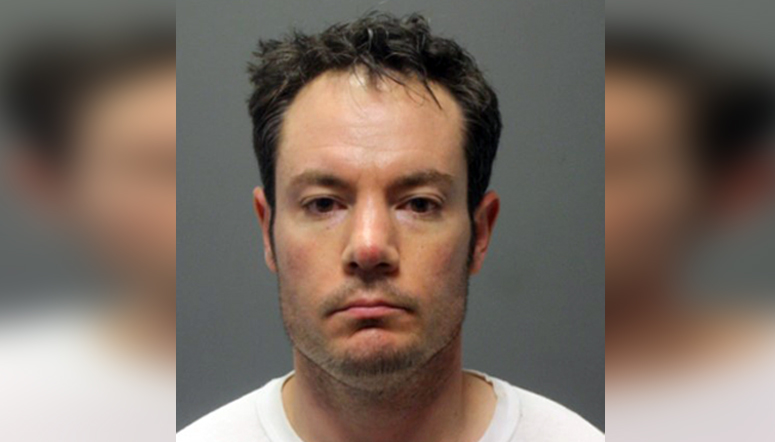 BRAINTREE, MASS. (WHDH) - A man who tried to carjack a motorist who he had been following for about 50 miles struck the victim with his car before running off into the woods in Braintree in an attempt to evade capture early Tuesday morning, authorities said.

An officer on patrol at South Shore Plaza around 3:30 a.m. was flagged down by a person who stated that they had just witnessed a hit-and-run in the area, police said.

The officer then found a heavily damaged sedan parked outside of Dave and Buster’s. He then noticed Simonson flee into the woods behind the restaurant.

A K9 unit was called to the scene and Simonson was ultimately taken into custody.

The victim, a 36-year-old Randolph man, later told police that he noticed a suspicious vehicle tailing him as he drove home on Route 2. After about 50 miles, the victim reportedly got off the highway and drove through Randolph before stopping at a red light near Five Corners in Braintree.

Moments later, Simonson allegedly exited his vehicle and tried to break into the victim’s car but failed. He then returned to his car, accelerated, and struck the victim, police said.

The victim was treated at the scene for non-life-threatening injuries.

Simonson is currently being held without bail.