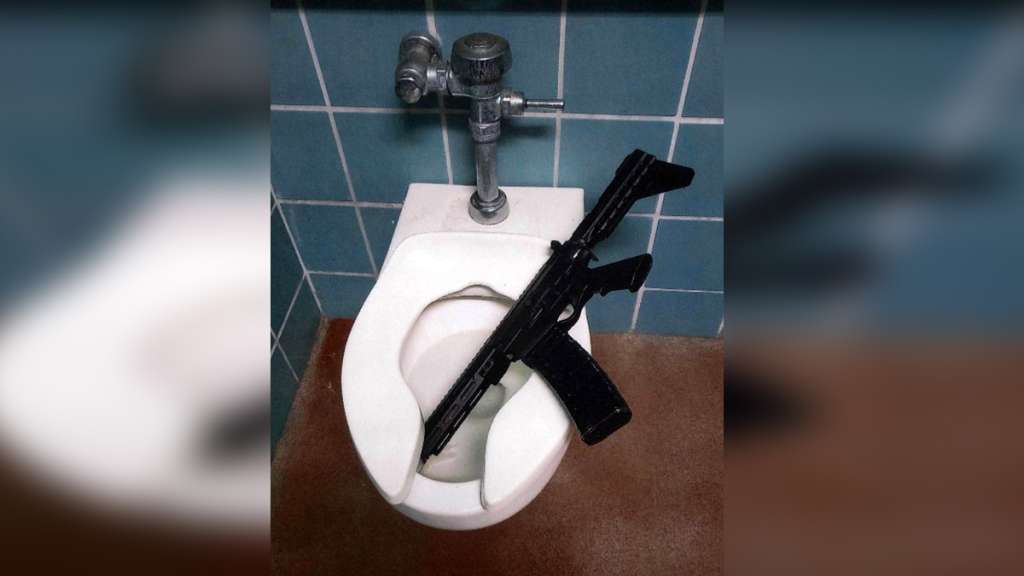 (WHDH) — Two people were arrested after authorities say they were caught trying to hide a firearm in a bathroom at a high school football game last week.

Both individuals were said to be in possession of firearms, including one weapon that was found wedged inside a toilet.

“They tried to hide the gun in the bathroom but were unable,” Vaswani said in a tweet.