Sustainable funding on mind of new MBTA board chair 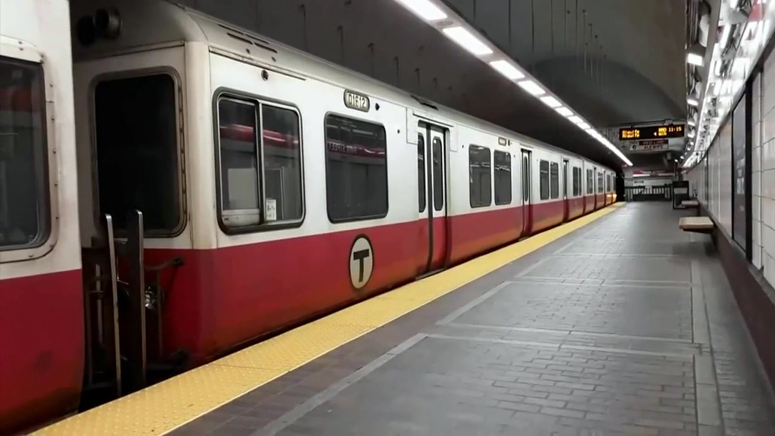 Leaving many of its substantial short-term decisions to a later date, a new MBTA governing body took its first steps Wednesday toward reviving dedicated oversight of the agency and navigating the numerous pitfalls exacerbated by COVID-19.

Members of the MBTA Board of Directors kicked off their inaugural meeting by pledging to address the range of challenges the T faces, including the slow recovery of ridership during the pandemic, without weighing in on specific topics that have generated extensive public debate, including low-income fare options.

“As a board, we look forward to working together to help the T provide safe and reliable service and to actively maintain the T’s assets, its vehicles, signals, garages and many more, and to secure long-term, sustainable funding for the T,” said Betsy Taylor, the new board’s chair.

The panel’s work starts after a gap in T governance of nearly four months. Lawmakers and Gov. Charlie Baker allowed the Fiscal and Management Control Board to expire on June 30, and it then took several months to approve and appoint the successor board.

During that span, MBTA officials announced another delay would hit the long-awaited Green Line Extension project, a Red Line train derailed and damaged a station platform, and an allegedly speeding trolley driver crashed into another trolley from behind.

The agency’s leadership did not provide any substantial updates on those issues at Wednesday’s meeting. MBTA General Manager Steve Poftak said the derailment and crash are both “in some stage of investigation” and that he would offer more information once it’s available.

But those lingering concerns, or the Massachusetts Taxpayers Foundation’s warning about the T facing a “fiscal calamity,” may have been on the mind of Transportation Secretary Jamey Tesler, who said in his opening remarks that the new board begins its work at “a challenging time.”

“Some would say this is a tough time to join and to take this mission on to serve,” Tesler said. “I would challenge that. I think this is an extremely important time to be a member, and if anything, the pandemic has brought home how important transit is to us, to our riders, to our community. We stand here today with an opportunity to really deliver on that potential, to serve and meet that need, and to really fulfill the opportunity for what transit can be.”

As transportation secretary, Tesler serves on the MBTA board alongside six other appointed members. The MBTA Advisory Board, an independent group representing cities and towns who direct tax dollars to the T, selected Quincy Mayor Thomas Koch as its pick.

Baker named five other members: Taylor, a Department of Transportation board veteran who worked for the Massachusetts Port Authority for decades; Scott Darling, a former MBTA deputy chief of staff and assistant general counsel; Travis McCready, executive director of the U.S. Life Sciences Market for JLL; Robert Butler, vice president of the Massachusetts AFL-CIO; and Mary Beth Mello, a consultant who spent more than four decades with the Federal Transit Administration.

Mello on Wednesday described herself as a lifelong rider of the T, recounting that she used to take the commuter rail and Red Line when she was traveling to Kendall Square for her job at the FTA.

“I really do understand how important the T is for so many people to provide them with the mobility they need,” she said.

Members voted Wednesday to name Koch as the T board’s vice chair and, as required under the law creating the panel, convened three subcommittees to complement the main group’s monthly meetings.

Darling will chair a subcommittee focused on safety, health and environmental measures, which will handle any concerns that emerge from the T’s employee safety hotline. Taylor will lead the audit and finance committee, and Koch will head up the committee on planning, workforce development and compensation.

One decision that could be toward the top of the list for the new board is whether to give low-income fares a test run at the MBTA.

In one of its final actions before dissolving, the Fiscal and Management Control Board voted unanimously to require T staff to draft plans for a low-income fare pilot program in fiscal year 2023.

Although that vote called for MBTA leaders to unveil options in October and a final plan in December, the final decision about a program rests with the new permanent board. Poftak said last week that the topic might emerge at the new board’s second meeting, which will happen some time in November.

Members did not say on Wednesday how they feel about a low-income fare pilot, but a slew of public comments in support made clear that many advocates and riders want to see the idea prioritized.

“Affordable fares are necessary for riders to access educational and economic opportunities,” said Staci Rubin, vice president for environmental justice at the Conservation Law Foundation. “Such fares will ensure that can happen.”

The city of Boston is paying for a program making the Route 28 bus between Mattapan and Ruggles free to ride between Aug. 29 and Nov. 29, and mayoral candidates over the summer joined in support of an MBTA-wide low-income fare.

Mike Vartabedian, IAM District 15 Assistant Directing Business Representative and co-chair of the Public Transit Public Good coalition, urged the new board to “fulfill that promise” the FMCB laid out in June.

“Even before the pandemic, many riders were struggling to afford bus and train fares,” he said. “Structural racism and economic exploitation have created deep inequalities in Massachusetts as elsewhere, leaving working families and communities of color struggling to make ends meet. The outbreak of COVID-19 has hurt these riders even more and has created even more economic insecurity.”