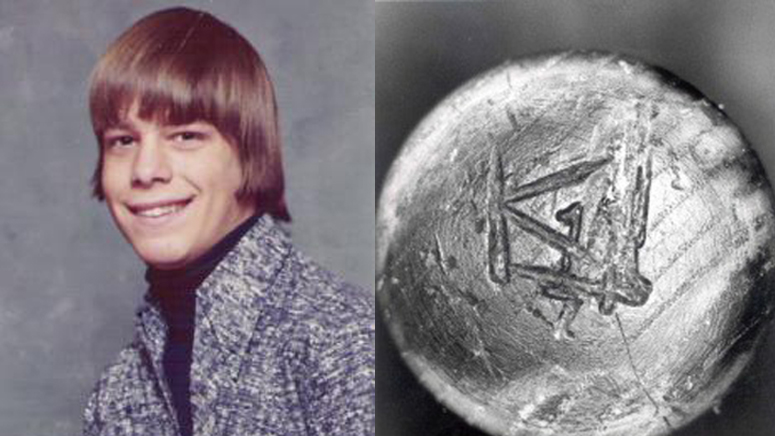 The department shared information about the 1974 slaying in a Facebook post on Thursday, saying the teenager went out to do some errands but never returned home. After only a few hours, his parents organized a search party because they “knew something was wrong,” the post said.

On Dec. 16, 1974, a 10-year-old boy stumbled upon Bedard’s body, which was buried under a pile of leaves with a baseball bat located a few feet from his body. The area where his body was found was near a hill overlooking the town’s DPW building, which was a popular hangout spot for kids, according to the post.

Swampscott police said they are unsure if the teen was going there to meet someone or if the murder was a random act of violence. Detectives from various local agencies have been continuously investigating the murder for more than four decades.

The department mentioned the Louisville Slugger found by Bedard’s feet, which was collected as evidence. The alleged weapon has unique markings on the handle that investigators are hoping can lead to the owner.

“Over the years this case has had many pieces of information brought to investigators, along with numerous interviews to obtain as much info as possible,” the police department said in the post. “As in any investigation of this nature, an attempt to connect physical evidence to those individual(s) involved is the goal.”

Anyone with information about the teenager’s murder is suggested to call Swampscott police Sgt. Jay Locke at 781-595-1111 or email state police Det. Anthony LoPilato at Anthony.lopilato@massmail.state.ma.us.