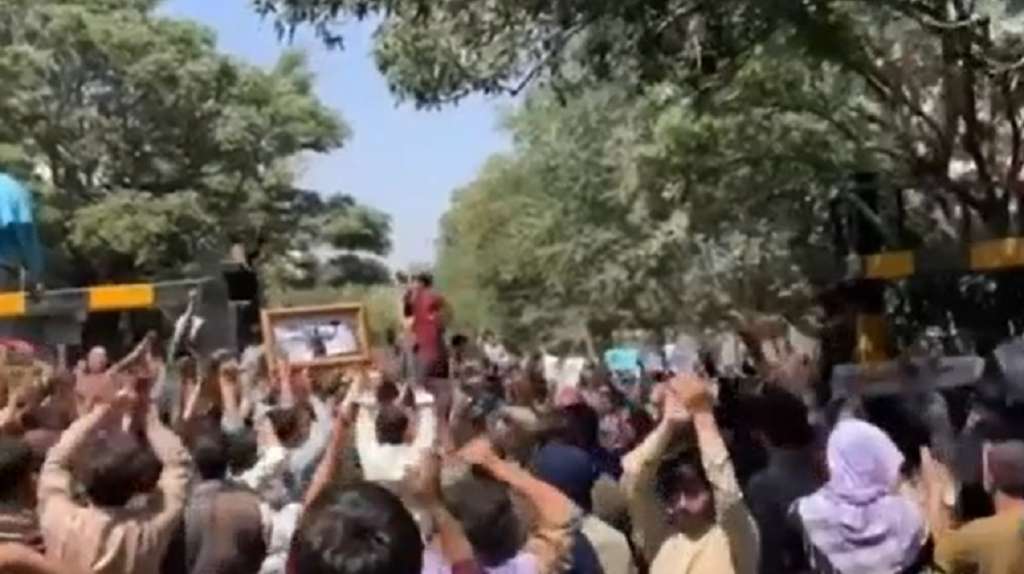 KABUL, Afghanistan — The Taliban announced an all-male interim government for Afghanistan that is stacked with veterans of their hard-line rule from the 1990s and the 20-year battle against the U.S.-led coalition.

The move seems unlikely to win the international support the new leaders desperately need to avoid an economic meltdown.

Appointed as interior minister was Sirajuddin Haqqani, who is on the FBI’s most-wanted list with a $5 million bounty on his head and is believed to still be holding at least one American hostage. He headed the feared Haqqani network that is blamed for many deadly attacks and kidnappings.

The announcement came hours after Taliban fired their guns into the air to disperse protesters in Kabul and arrested several journalists.