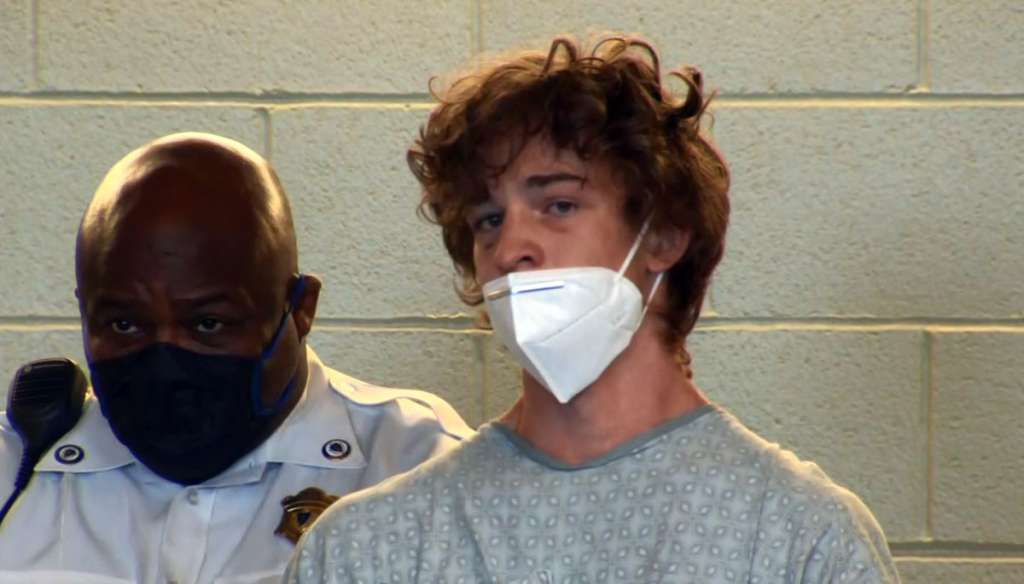 BROCKTON, MASS. (WHDH) - A 19-year-old accused of drowning his father in a pond in Duxbury this past summer has been indicted on a charge of murder, Plymouth District Attorney Timothy J. Cruz announced Friday.

A Plymouth County grand jury returned an indictment charging Jack Callahan, a 2020 graduate of Norwell High School, with one count of murder in the death of his father, 57-year-old Scott Callahan.

Police received a call around 2 a.m. on June 28 from Jack’s mother who said her son had arrived home in wet clothes and told her that his father was missing, according to Cruz’s office. Officers who responded to the home said Jack was distraught and hyperventilating.

Investigators later determined that the father and son were riding in a Uber from a Boston bar to their Duxbury home when they were dropped off at Crocker Park in the area of Island Creek Pond, prosecutors said.

Officers who responded to the park discovered items belonging to the son before finding the father in the water floating near two pieces of luggage, police said.

The victim was pulled out of the water and emergency crews began CPR. He was then transported to Beth Israel Deaconess Hospital in Plymouth, where police say he was pronounced dead.

When initially asked about the whereabouts of his father, Jack allegedly told investigators, “He’s missing. I don’t know what happened. I blacked out.”

During an interview with officers at the hospital, Jack allegedly stated that he used the Uber to go to the bar to pick up his dad, who had left a treatment center in Hopkinton where he was being treated for alcohol abuse. In an altercation that ensued at the pond, Jack reportedly saw a “demon” in his father’s eyes.

Jack is alleged to have repeatedly submerged his father under the water in an attempt to “baptize” him before leaving his body floating in the pond.

He will be called to Plymouth Superior Court at a later date. He is currently being held without bail.