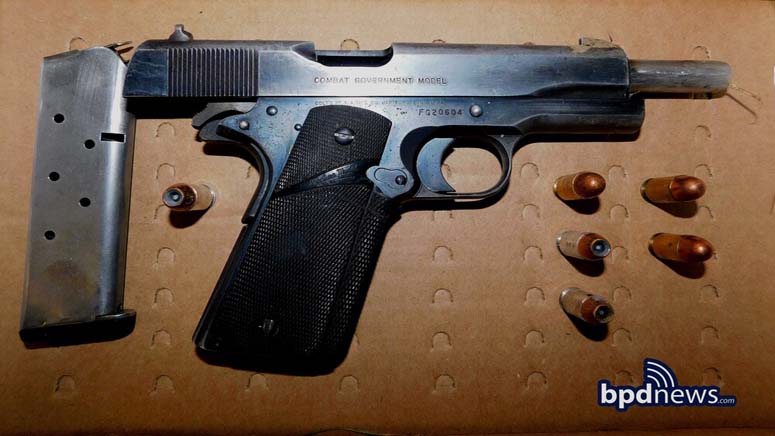 DORCHESTER, MASS. (WHDH) - An 18-year-old is facing weapons charges after police say he was caught with a loaded gun in Dorchester on Tuesday night.

Members of the Boston Police Department’s Youth Violence Strike Force were patrolling near the intersection of Washington and Dakota streets around 1:50 p.m. when they spotted a group of people, according to Boston police.

When they approached, Vanell Dominique separated from the group and took off running down Dakota Street clutching his waistband.

The officers pursued the suspect on foot, ultimately stopping him in the driveway of a home.

Officers then retraced the steps taken during the foot pursuit and say they were able to recover a loaded .45 caliber Colt MK IV Series 80 Gov’t Model handgun.

Police say Dominique threw the gun as he was running.

He is due to appear in Dorchester District Court on firearm charges.