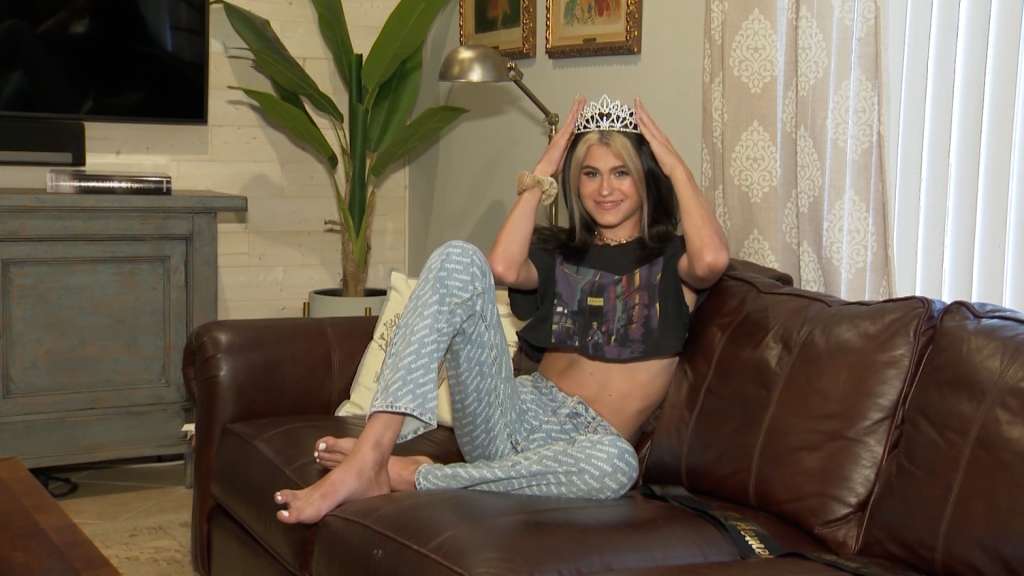 (CNN) — In a metallic gold gown, her dual-toned hair curled into effortless waves, Evan Bialosuknia looked every bit the undisputed queen of her high school homecoming.

She’d been nominated to her Orlando school’s homecoming court, with enough votes to get her name on the ballot for homecoming queen. She thought she might have a shot at winning, though she tried to avoid getting her hopes up, she said.

“I was pretty excited to walk on homecoming court and to be a part of it, but I was also nervous even if I were to win, what if people were doing it to make fun of me,” the 17-year-old high school senior told CNN. “People are cruel these days. You never know what could happen.”

Those fears faded as soon as she heard the uproarious applause when her name was called during her high school’s homecoming game in late September. Bialosuknia’s peers voted for her to be their homecoming queen, the first transgender student at Olympia High School to wear the crown.

Bialosuknia said her crowning has made her feel more at home at school — and her classmates’ support has shown her that most of them see her for who she is.

“It was just, like, a relief of so much anxiety, as well,” she said. “Just, like, knowing that I have everyone by my side and [they] are actually here for me … makes this process of transitioning feel a lot better.”

Bialosuknia is more comfortable in her own skin than most 17-year-olds. But her confidence is hard-won, said her mother, Marnie. Bialosuknia’s transition is a “long and difficult process,” her mother said, one that her family is supporting her through.

Since her coronation, Bialosuknia said she’s been inundated by messages of support and pride from her peers. She’s received hateful messages, too, but she said the people who send her those “don’t understand and never will.”

“Me winning isn’t trying to change anyone’s mind to accept me and understand it,” she said. “It’s just to show anyone can do anything, and if you’re a part of the LGBTQ+ community, it doesn’t make you weirder or [more of] a loner than everyone.”

While Marnie Bialosuknia said she was thrilled for her daughter, she acknowledged that many trans teens don’t belong to a similarly supportive student body or live in an affirming home. A 2019 study from the Centers for Disease Control and Prevention estimated that just under 2% of US high schoolers are trans, and that trans students are more likely than cisgender students to experience violent harassment and risk of suicide.

“My hope is that, maybe five years from now, this wouldn’t be newsworthy,” she said. “Evan’s the first, but she won’t be the last.”

Bialosuknia can be seen beaming in footage from her crowning. When her name was called, she went down the line of her fellow nominees and hugged each one as they excitedly cheered for her. The marching band, standing in socially distanced formation on the school’s football field, applauded. She crouched so a school administrator could place the tiara on her head. Her smile never faltered.

“If you present yourself as a strong, outgoing, beautiful person, then that’s how you’re going to look,” she said.

It’s advice she’s adopted herself — and by projecting that confidence, she’s starting to feel it, too.