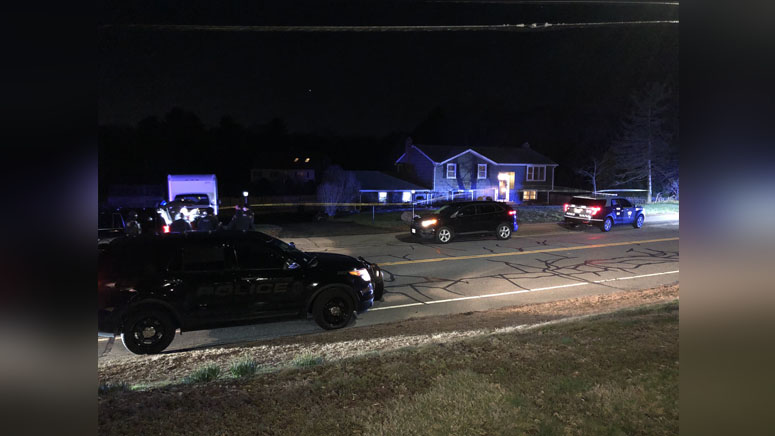 STOUGHTON, MASS. (WHDH) - Some Stoughton residents were warned to shelter in place Thursday night while police searched for two people wanted in connection with a shooting.

Crews responded to the scene on Sumner Street shortly before 9 p.m. found a teen suffering from apparent gunshot wounds.

One of the suspects is described as a young Black man with short dreadlocks. There was no description provided for the second suspect.

“We’re told by the victim that two suspects ran away from here. The only description we have is of one suspect who is described as a Black male with short dreadlocks,” Lieutenant John Bonney said. “We do feel that the suspects came here with a purpose. So, we don’t feel there’s a threat but we are asking people to shelter in place. Obviously, they are considered armed and dangerous.”

There was no word on the victim’s condition.

After a few hours, police called off their search to follow up on tips.

Anyone with information is urged to call police.

BREAKING: Police searching for two young men after they say a teen was shot here on Sumner Street in Stoughton. No word on the victim’s condition right now. Police are asking neighbors in this area to shelter in place. @7News pic.twitter.com/Z8BcIdfG7v

After searching the wooded areas and neighborhoods for several hours we have called off our search. Our work is not done for the night as we are following up on the tips we have received. Please be aware of your surroundings.