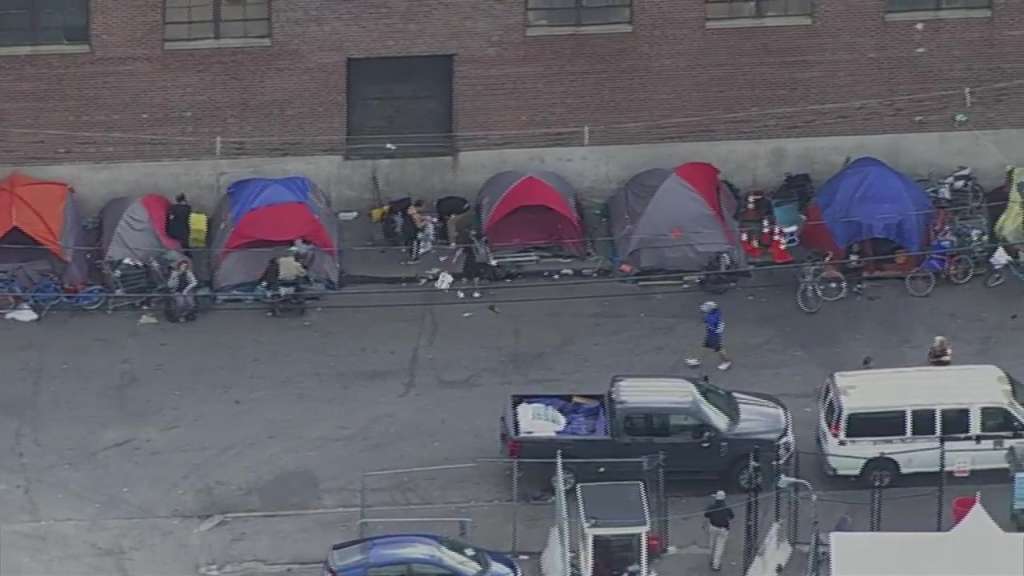 Tents and temporary shelters will be banned in Boston and the city will partner with state officials to stand up a new centralized command structure tasked with responding to a worsening addiction and homelessness crisis, officials said Tuesday.

After weeks of growing concern about the conditions around the intersection of Massachusetts Avenue and Melnea Cass Boulevard, or “Mass. and Cass,” the Boston Public Health Commission on Tuesday declared substance use disorder, unsheltered homelessness and related issues in the city to be a public health crisis.

Acting Mayor Kim Janey issued an executive order that will prohibit the use of tents and temporary shelters in the city, saying at a press conference that “we cannot let our most vulnerable residents continue to suffer in these encampments.”

“It is very difficult to provide outreach and treatment when people are living in tents,” Janey said.

Janey’s office and the Baker administration did not make it immediately clear Tuesday how state resources would be used in the city’s new effort to get people out of tents and into shelter and treatment beds.

Last month, Gov. Charlie Baker said his administration had spoken several times with city leaders about the “humanitarian crisis” around the Mass. and Cass area.