The Americans who bought bargain homes in Italy’s deep south 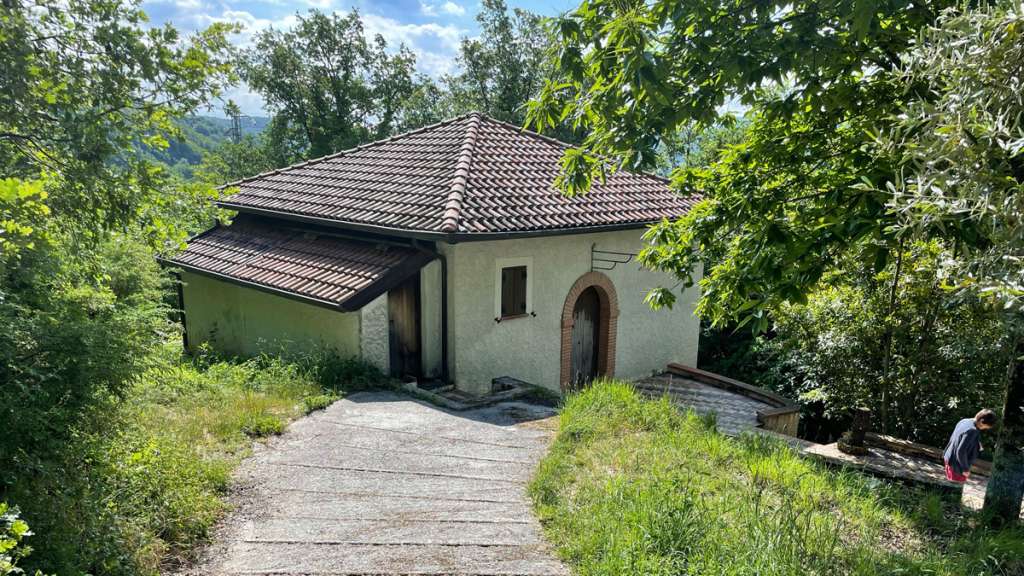 (CNN) — Buying an abandoned home in a tiny, depopulated Italian village is something that many travelers will have mulled over, especially given the vast number of bargain house schemes launched in the European country over the past few years.

After CNN Travel reported earlier this year that Latronico, situated in the deep south of Italy, had launched the platform “Your House in Latronico” in an attempt to connect old owners with potential buyers, the town was flooded with foreigners, with around 90% originating from the United States.

Although Covid-19 travel restrictions brought numerous challenges for buyers, some were able to visit the town more than once in order to ensure they could secure the right house, leaving Latronico’s locals flabbergasted by the sudden interest in their town.

Although the homes for sale here are slightly more expensive, with prices ranging between €10,000 and $30,000, than those featured in the hugely popular one euro home schemes, the main difference is that these abandoned homes are not in desperate need of renovation.

In fact, most are in good condition. Some are ready-to-occupy, others partly restyled, while a few even come with furniture.

Perhaps unsurprisingly, a number of the homes have been snapped up in the months since the scheme was announced.

Frank Cohen, a retired American freelance reporter from New Haven, was so impressed with Latronico that he decided to buy three houses in the town’s historical district.

The first is a 65-square-meter turnkey property, which he paid €20,000 for, the second is a home in similarly good condition that cost roughly the same amount.

However, the third, which cost considerably less at €6,000, will require a complete makeover.

‘It’s the best of worlds’

While splashing out on three homes in one depopulated Italian village may seem extreme to some, Cohen says he fell in love with Latronico, located in the pristine Pollino National Park, pretty much instantly.

“I think it would be nearly impossible to find a lovelier or more welcoming town,” he says of the town, which is renowned for its thermal baths and healthy air.

“The people are just so nice. We [he and his wife Ann] can’t go anywhere without being offered an espresso, grappa or Amaro Lucano. We sleep better here than we ever have back in the States.”

“Latronico has been life-changing. It’s the best of worlds here.”

Cohen was the first foreigner to land in town and celebrate his new properties. He and his wife Ann were drawn to their main property, a yellowish freshly painted dwelling dating back to the 1940s, due to its trio of balconies and panoramic rooftop terrace, ideal for morning coffee, sunset drinks as well as a summer stargazing bed spot.

Set across two floors, the house also comes with a three-floor big garage that’s situated just across the alley and is divided into a garage, a wood storage room and a cellar packed with old flasks and a pizza oven.

The Cohens intend to turn it into a home for their guests further down the line.

They say they’ve kept all of the original furniture, including a washing machine and a king-size bed, in order to ensure the house doesn’t lose it’s Italian character now that two Americans are moving in.

“We found our house more sensible than we initially guessed,” adds Cohen. “I think people, where [the house is] furnished, should live a little in their houses before jettisoning and ‘Americanizing’ everything. “

While their home was ready to live in, the couple are planning to either re-tile or repaint one of the rooms in order to add their stamp on it.

Although they were initially “intrigued” by the prospect of buying one of the many one euro homes that have been put on the market in Italian towns over the last few years, the Cohens changed their minds once they realized how much work and money would be involved.

“Considering the guarantee deposit and significant renovation time, we preferred a home ready-to-occupy that wasn’t just for the holidays,” explains Cohen.

They plan to live in Latronico for approximately half of the year.

According to Cohen, renovating the third house will be more of a long-term project, and he’s enthusiastic that funds to cover a significant percentage of the work are available from the Italian government for sustainable improvements.

After buying that first house in Latronico, Cohen immediately visited the local barber for a quick haircut “to take the pulse of the town.”

He says the cozy vibe and lively chatter at the barber shop were enough to convince him that he’d picked the right Italian town, and is grateful have a home in a place that provides such a sharp contrast to his native land.

“There are plenty of towns in America that are five or 10 times the size and have only a fifth or a tenth of the nightlife,” adds Cohen.

“[I’m] so happy not to see big SUVs everywhere and no fast food chains. I have already got plans for a used Fiat Panda 4×4 to explore the narrow streets.”

Latronico’s idyllic location, “in the middle of nowhere, middle of everywhere,” close to three seas and various regions, and by the heady southern wines, also played a big part in his decision.

One of the things Cohen enjoys most about life here is dining in alleys during the warmer weather, which he considers a worthy replacement for Americans’ backyard barbecues.

The midnight fresh baked chocolate cornetti and frequent food and art fairs have also proved to be major lures.

While Cohen has no regrets about opting for Latronico’s home scheme, he admits that the purchasing process was far from simple.

He and his wife found out quickly that they would need help with the linguistic and bureaucratic challenges from someone who knew how to overcome the obstacles that come up along the way.

Luckily the town’s deputy mayor Vincenzo Castellano was on hand to help simplify the bureaucratic procedures, which can be tricky for foreigners to understand.

“The main difficulties in dealing with the paperwork were the sale contract apostilles [certificates,] and understanding Italian in more technical documents like utilities and bank communications,” explains Cohen.

“You really need to practice your Italian with locals who are eager to practice their English with you to overcome the language barrier.”

But there will likely always be some communication issues.

“I wanted anise liquor with our biscuits, which is called Anice,” Cohen explains. “But because of not pronouncing it correctly, I got a serving of pineapple.”

While the Cohens have opted for a home (or three) in Latronico’s historical district, a number of properties are available in its even less populated rural surroundings.

Surgeon Michael Kessler, from Washington D.C., managed to snap up a gorgeous villa on the outskirts for only €40,000.

The two-floor, 100-square-meter house is connected to the main road by a private lane with over an acre of land covered with olive, pear, hazelnut and cherry trees.

After choosing the home, he decided to purchase a parcel of adjacent extra land for his three kids to enjoy as an outdoor playground.

The villa had just been renovated by its former owners before the sale, so there’s no need for any restyle, says Kessler.

Inside, it has wooden ceilings, reddish stone floors and counter tops made with Latronico’s renowned stones, which are extracted from nearby quarries.

There’s also a huge terracotta multi-colored tiled patio at the entrance with a stone sink that’s ideal for barbecues.

Although the house was furnished when they bought it, Kessler and his wife Roanna decided to remove all of the old furniture (except the dresser) and kitchen in order to make it their own.

“We preferred to go to the local furniture and appliances stores to support the local economy,” he says.

“But it’s already very livable. I’ve just bought the pans, pots and bed sheets to make it feel more like home for when we’ll return with our kids to celebrate Christmas this year.”

Kessler explains that buying a turnkey villa complete with electricity and running water was far more feasible for his family than purchasing a one euro home in need of total renovation, which he feels would have been a little overwhelming.

Before choosing the property, he surfed the ‘Your House in Latronico’ website and Googled its exact location.

“Friends said we were crazy,” Kessler says. “My wife ended up picking the same house I did. It was destiny.

“We live in a big city so it’s really nice to be surrounded by silence and nature, to relax and turn off the phones. We hope the kids will learn Italian.”

Like Cohen, Kessler found the buying process to be quite slow and complex. He says he had to apply for an Italian social security code in order to open a bank account to buy the house and pay taxes.

“The sale works so differently than in the States,” says Kessler. “Our meeting with the notary was in two languages, English and Italian, and we endured three hours of paperwork.

“In the States it’s usually with a lawyer and you only meet for 10 minutes for the final signing of the deed, all paperwork is prepared ahead of time and you just have to check the details like correct names, amount of money and that everyone agrees to the deed.”

As the separate piece of land near the villa was bought from another owner, he had to go through the entire procedure twice.

“It sounds exceedingly intimidating to figure all this out alone,” he admits. “You really need to find someone on the ground to facilitate the procedures and help you navigate through the whole thing.”

However, Kessler was pleasantly surprised by Italy’s tax system. Property taxes for his villa turned out to be incredibly low, barely €350 per year, which he says is very little when compared to the amount he spends on his second home in the US.

“It’s interesting how in Italy, as opposed to the States, taxes are solely based on building size, not on the land, which makes buying a cheap property even more affordable,” says Kessler.

The fact that the villa is located in the south of Italy, where taxes tend to be much lower than in the rest of the country, has also proved to be a plus.

And far from being unhappy about the prospect of a number of foreigners moving to their town, Cohen says the popularity of the empty homes has sparked renewed interest from villagers, who may have felt disheartened before.

According to Cohen, various locals have approached him to say they’d been considering leaving Latronico, but seeing foreigners’ excitement about the town has shifted their perspective.

He advises any travelers interested in buying a home here to ingratiate themselves as much as they can and embrace the slow rhythms of Italy’s south.

“Don’t just try to impose your own [patterns] on the situation,” Cohen adds. “Otherwise, you’ll be trying to sup at six at closed restaurants, like some Americans apparently have.”