The FDA will soon decide on Merck’s Covid-19 antiviral pill. It shows promise, but there are also concerns 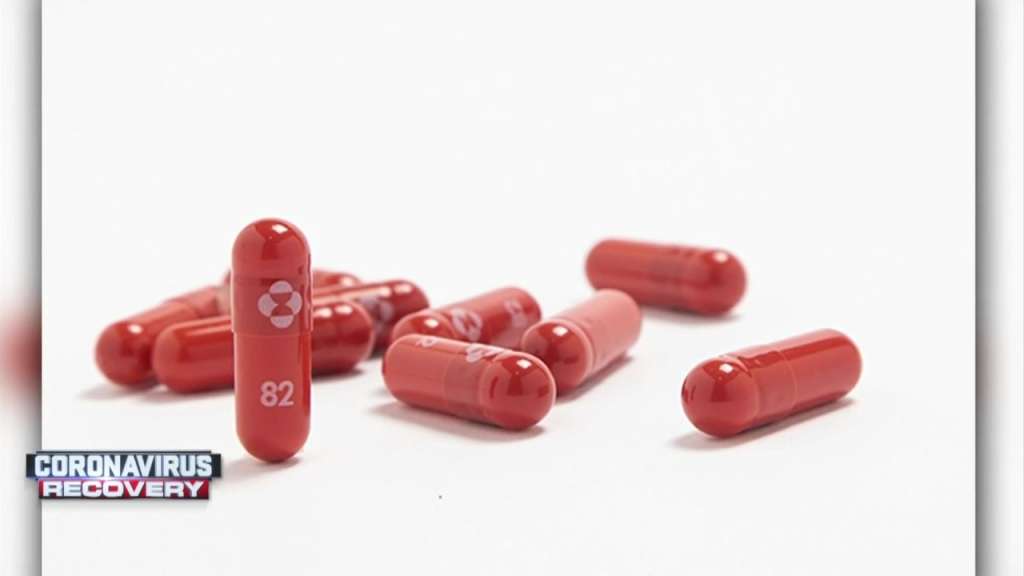 (CNN) — In the fall of 2015, Dr. Mark Denison was preparing for a long drive home from Alabama after making a presentation at a scientific meeting when a colleague asked him to stick around for lunch and check out some data on a potential new drug.

“It just knocked my socks off,” said Denison, an infectious disease specialist at Vanderbilt University Medical Center. “With increasing concentrations of the drug, the virus’s ability to grow just plummeted.”

Painter’s lab looked at the effect molnupiravir had against the influenza virus and chikungunya, a virus that’s spread by mosquitos. After the Alabama meeting, Painter sent some of the compound to Denison, who tried it in his lab against the virus that causes Middle East Respiratory Syndrome.

“It blew us away at how effective it was,” Denison remembers.

At the time, neither Painter nor Denison — nor anyone — knew that another significant potential real-world application for molnupiravir lay ahead.

It’s to fight off SARS-CoV-2, the virus that causes Covid-19.

Merck and Ridgeback Pharmaceuticals now own molnupiravir, and on November 30, a team of infectious disease advisers to the US Food and Drug Administration will look at results of their clinical trial and decide whether to recommend emergency use authorization for the drug to treat early-stage Covid-19.

The results, which have yet to be reviewed by the FDA or published in a medical journal, are quite stunning: the pill reduced hospitalizations and death by about 50%, according to an October press release from Merck.

“I’ve wanted to shout from the rooftops about molnupiravir, so this is like sending our baby off to college,” Denison said.

But it’s not clear what kind of report card that baby will get.

Molnupiravir works in a somewhat uncommon way, and there are concerns it could be unsafe for developing fetuses. The company’s clinical trials did not include pregnant women, and Daria Hazuda, who leads Merck’s molnupiravir research, says the FDA might limit its use in pregnant women.

There are also concerns that the pill could lead to the development of vaccine-resistant Covid-19 mutations. Hazuda said Merck’s research shows the drug does not lead to such strains.

At the end of the day, the FDA and its advisers will have to use the available data to weigh whether the drug is worth its potential risks.

“We should worry about the dangers to pregnant women and the dangers of developing resistance. But if we have a drug that works, we want that drug. We just have to figure out how best to use it given its limitations,” said Dr. Eric Rubin, an infectious disease expert at the Harvard T.H. Chan School of Public Health and editor in chief of the New England Journal of Medicine.

Doctors don’t have much to offer patients in the early stages of Covid-19.

There is an FDA-authorized treatment for early-Covid, but monoclonal antibodies involve shots or an infusion and are often difficult for patients to access.

Molnupiravir is a pill, however, and could be easily prescribed by a physician, picked up at the pharmacy and taken at home. That’s why it’s a big deal if the FDA authorizes the drug.

The drugs appear to be very effective, according to clinical trial data supplied by Merck and Pfizer. In fact, they worked so well that in both cases, an independent clinical trial monitoring board suggested that the trials be stopped so that the companies could move forward with applying to the FDA.

In Merck’s clinical trial, about half of the 762 participants were given molnupiravir and the other half were given a placebo — a pill that does nothing — and neither the patients nor their doctors knew who was getting which.

“For me, the game changer is that 9 and 0. That’s pretty impressive,” said Dr. Peter Hotez, an infectious disease specialist at the Baylor College of Medicine.

“Those results are dramatic. They are not subtle,” added Rubin, the Harvard infectious disease expert.

When scientists Brandon Malone and Elizabeth Campbell wrote about Merck’s antiviral drug, they titled their article “Molnupiravir: coding for catastrophe.”

They meant it as a compliment.

The drug works by wreaking havoc with the way the Covid-19 virus makes copies of itself. The virus is an RNA virus, meaning that its genetic material is stored in RNA, not DNA. RNA has four protein bases, called A, C, G and U. When the virus replicates, C always pairs up with G, and A always pairs up with U.

Anything that messes with those pairings will stop the virus in its tracks — and that’s what molnupiravir is designed to do.

The drug disguises itself as a base that looks like C, but doesn’t always act like the real C, and so sometimes pairs up with A instead of G.

“The fake C becomes promiscuous and pairs up with the wrong partner, and so now the genome isn’t what it’s supposed to be, and the virus will peter out and die,” said Campbell, a research associate professor at Rockefeller University.

This mechanism is called “lethal mutagenesis,” Campbell and her co-author wrote in their September article in Nature Structural and Molecular Biology.

A few other antiviral drugs have used this mechanism, or something similar, and there’s been a theoretical concern about “off-target effects”: While the drug is intended to interfere with only the virus’s genetic material, what if it inadvertently also interferes with human genetic material?

“The potential off-target effects will require further investigation,” Campbell and her colleague concluded in their Nature article.

A Cal Tech scientist was much more pointed in a letter he wrote earlier this month to the FDA.

“Every deliberation and decision by this Advisory Committee and the FDA is consequential. However, given the potential impact on the world, this decision—whether to authorize molnupiravir and under what conditions—may be among the most consequential (decisions) of them all,” wrote Rustem Ismagilov, a professor of chemistry and chemical engineering at the California Institute of Technology, who has done Covid-19 research.

In an interview with CNN, Hazuda, vice president of infectious diseases discovery at Merck, addressed the concerns that molnupiravir could lead to vaccine-resistant mutations and that the drug could be harmful to a developing fetus.

“Every single one of the mutations are mutations that have been observed previously and are currently circulating,” said Hazuda, a virologist.

As for possible harm to a developing fetus, Hazuda said it is possible the FDA could limit the drug’s use for pregnant women.

“The precise language that will go into the label has yet to be determined, and it’s still under negotiations with the agency,” Hazuda said.

Hotez, the Baylor infectious disease expert, notes there isn’t any reason to think that molnupiravir would interfere with human genetics.

“It’s more of a theoretical concern, but it’s something to keep in mind,” Hotez said. “I think I would be concerned about taking this drug if I were pregnant,”

“If I were pregnant, I wouldn’t take it,” added Campbell, the Rockefeller microbial biochemist. “I’m guessing that the FDA will not let molnupiravir be used in pregnant women.”

These concerns are likely to be a big discussion point when the FDA’s Antimicrobial Drugs Advisory Committee meets November 30 to consider Merck’s application for emergency use.

If the committee gives the drug a thumbs up — with or without limitations on who can get it — the FDA itself will then issue a decision, which could happen within days.

“Having an antiviral is a good thing. It’s just good. We really have to watch out for problems like mutagenesis, we have to watch out for resistance, and to see if there are strategies to decrease that risk,” said Rubin, the Harvard infectious disease specialist. “But wow — it would be great to have something — if Merck’s data is right — to cut risk hospitalizations and death by 50%. That’s awesome.”

A long road for molnupiravir

Whatever the FDA’s final decision, it has been a long road for molnupiravir.

Painter, the Emory scientist credited with discovering molnupiravir, started studying it in 2013, selecting it from many other potential compounds that he looks at each year.

“I think of George Painter as a drug hunter, and I don’t think people realize it, but that’s an incredibly rare breed,” said Todd Sherer, associate vice president for research of Emory’s Office of Technology Transfer. “Only one in 10,000 new molecules will make it to market.”

Painter declined to be interviewed for this story.

The development of molnupiravir — which was originally known as EIDD-2801 — was funded with resources from the National Institute of Allergy and Infectious Diseases and the Defense Threat Reduction Agency, according to Emory.

In January 2020, Painter met Wendy Holman, CEO of Ridgeback Biotherapeutics, at a scientific conference. Emory and Ridgeback teamed up, and they first considered molnupiravir to treat Ebola, but then pivoted when the Covid-19 pandemic took off in the next few months, according to Davidson Goldin, a spokesman for Ridgeback.

If molnupiravir makes it to market, it will be a first for Painter’s group, Drug Innovation Ventures at Emory, which was established in 2012.

Denison, the Vanderbilt professor and an early collaborator with Painter, looks back at the day six years ago when he first heard about the drug over lunch in Birmingham, Alabama.

“Some things in life are just transformative,” he said.